What is a Warthog?

The Warthog is a wild animal of the pig family (Suidae) found in grassland, Savannah, and woodland in sub-Saharan Africa. There are two species of warthog: The common warthog (Phacochoerus africanus), which has four subspecies. And then there’s the desert warthog (Phacochoerus aethiopicus), that has two subspecies – one of which went extinct in the 1870s. The common warthog has the widest distribution in Africa, whereas the desert warthog is only found in Ethiopia, Kenya, and Somalia.

The name ‘warthog’ comes from their large wart-like protuberances found on its face. Technically they are not warts, but rather they are made of bone and cartilage. The male (boar) has two pairs of these ‘warts’ and the female (sow) one pair. Warthogs like to live in abandoned burrows that were dug out by other animals, such as aardvarks or porcupines. These burrows are used for a number of reasons, such as for sleeping, where they raise their young, and a safe place to escape from predators. In order to ensure their safety, and when protecting themselves from pursuing predators, they will slide into a burrow backwards, tail first, so that they can use their formidable tusks to defend themselves against unwanted guests. 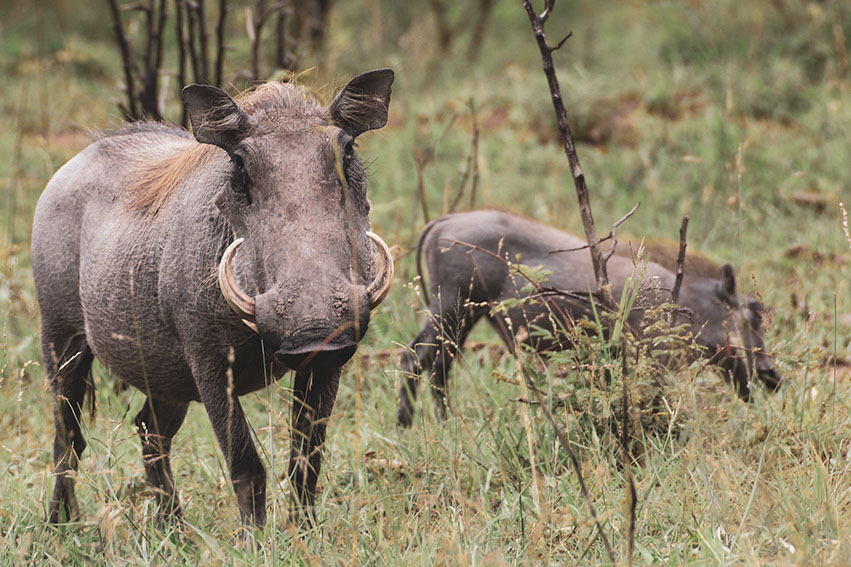 Where do Warthogs Live? 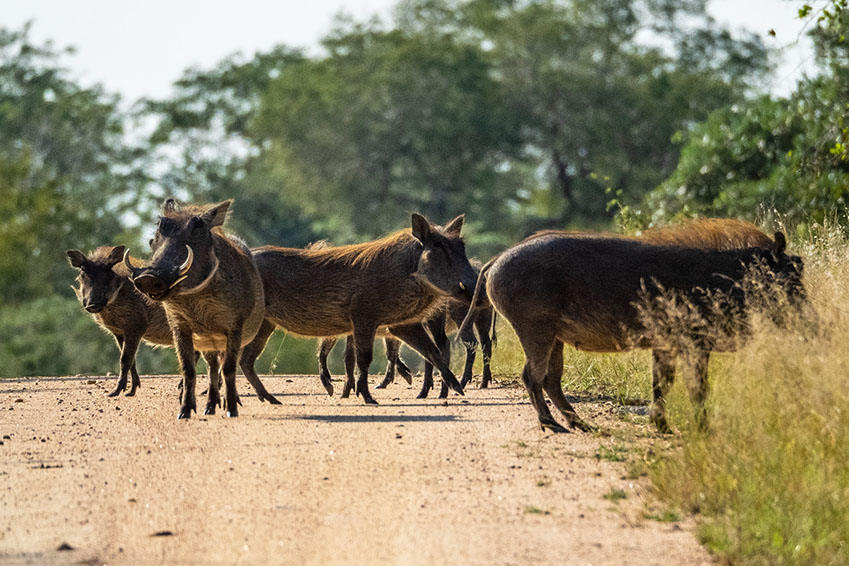 What are the Behaviours of Warthogs?

Warthogs are social animals and live in groups called sounders. Females live in sounders with their young and with other females. Females tend to stay in their natal groups, while males leave, but stay within the home range. Sub-adult males associate in bachelor groups but live alone when they become adults. Adult males only join sounders during the breeding season. Warthogs are not territorial but instead occupy a home range. They have two facial glands: the tusk gland and the sebaceous gland. They mark sleeping and feeding areas and waterholes. Warthogs use tusk marking for courtship, for antagonistic behaviours, and to establish status.

These animals are the only pig species that has adapted to grazing in Savannah habitats. They are powerful diggers and use both their snouts and feet. Whilst feeding, they often bend their front feet backward and move around on the wrists. Although they can dig their own burrows, they usually occupy abandoned burrows of other animals. When temperatures are hight Common warthogs enjoy wallowing in mud in order to cool themselves and will huddle together to get warm when the temperatures get low. Although capable of fighting, the Warthog's primary defence is to flee by means of fast sprinting. However, if a female has any piglets, she will defend them very aggressively.

Warthogs are not territorial, but instead occupy a home range. Warthogs live in groups called sounders. Females live in sounders with their young and with other females. Females tend to stay in their natal groups, while males leave, but stay within the home range. Sub-adult males associate in bachelor groups, but live alone when they become adults. Adult males only join sounders with estrous females.

Warthogs are seasonal breeders. Rutting begins in the late rainy or early dry season and birthing begins near the start of the following rainy season. The mating system is described as "overlap promiscuity"; the males have ranges overlapping several female ranges, and the daily behaviour of the female is unpredictable. Boars employ two mating strategies during the rut. With the "staying tactic", a boar will stay and defend certain females or a resource valuable to them.[18] In the "roaming tactic", boars seek out estrous sows and compete for them.[18] Boars will wait for sows to emerge outside their burrows. A dominant boar will displace any other boar that also tries to court his female. 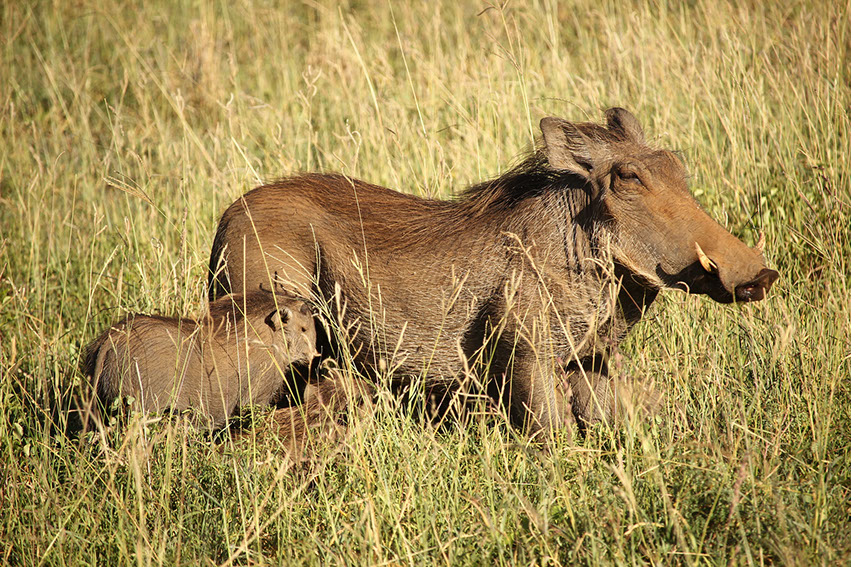 What do Warthogs eat?

Warthogs are omnivorous but also scavengers. They feed on grasses, roots, berries, and other fruits, bark, fungi, insects, eggs, and carrion. 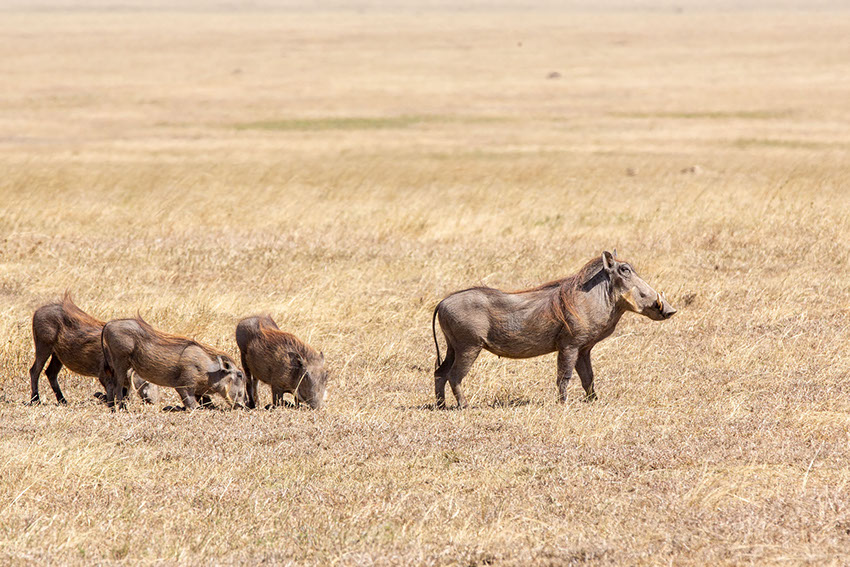 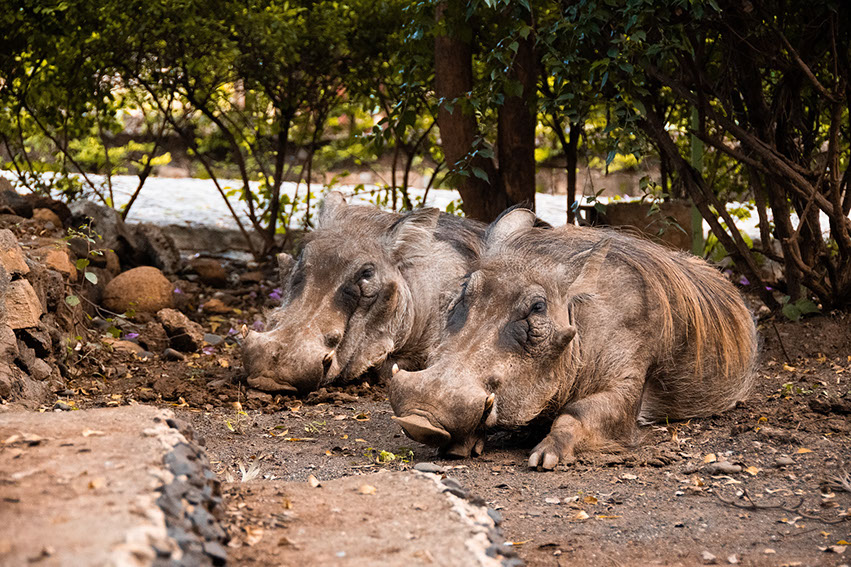