Meknes is a vibrant, modern city in the Middle Atlas region of Morocco, bustling with nightlife, restaurants and an impressive imperial city created in the 17th century by King Moulay Ismaïl, with numerous historical monuments and natural sites; it is also the nearest city to the Roman ruins of Volubilis.

Meknes is named after a Berber tribe which, was known as Miknasa (native Berber name: Imeknasen) in the medieval North African documents

Meknes is one of the four Imperial cities of Morocco, located in northern central Morocco and the sixth largest city by population in the kingdom. Founded in the 11th century by the Almoravids as a military settlement, Meknes became the capital of Morocco under the reign of Sultan Moulay Ismaïl (1672–1727), son of the founder of the Alaouite dynasty. Moulay Ismaïl created a massive imperial palace complex and endowed the city with extensive fortifications and monumental gates. The city recorded a population of 632,079 in the 2014 Moroccan census. It is the seat of Meknès Prefecture and an important economic pole in the region of Fès-Meknès.

Volubilis, a major Roman-era settlement in Morocco and one of its early urban centres, is located near the site of the current city of Meknes. The current city and its name, however, originate with a Berber tribe called the Miknasa, originally from the Tunisian south, who dominated this region and much of eastern Morocco as early as the 8th century.[7] Some sources attribute the effective founding of a settlement here to a group of small Miknasa villages known as miknāsat al-zaytūn in the 10th century.

The Almoravids founded a fortress or fortified settlement just south of these villages after conquering the area in 1061, originally called Tagrart or Taqrart. Some sources attribute the founding of the city of Meknes to this Almoravid foundation. The city's first main mosque (the current Grand Mosque of Meknes) is in turn believed to have been first built by the Almoravids in the 12th century

Meknes is located in a strategic position in the heart of Morocco. To its south and south-east are the rich cedar forests and mountains of the Middle Atlas mountains with the cities Ifrane and Azrou; and more to the south are the rich oases of Tafilalt. To the west are the two largest metropolitan areas of Morocco: Casablanca and Rabat. To the north is the mountainous north of Morocco with the cities of Tangier and Tétouan. Oujda and Fes lie east of Meknes.

Meknes has a hot-summer Mediterranean climate with continental influences. Its climate is similar to some inland cities in southern Portugal (such as Beja or Évora) and some areas of southern Spain. The temperatures shifts from cool in winter to hot days in the summer months of June–September. Afternoon temperatures generally rise 10–14 °C above the low on most days. The winter highs typically reach only 15.5 °C (59.9 °F) in December–January, whereas night temperatures average 5 °C (41 °F). Snow is rare.

Petit taxis (small blue cars of Fiat Uno or Peugeot 205 brands) abound, as well as an efficient and comprehensive, if cramped local bus service. Buses are, however, quite difficult to navigate because they are, in the majority of cases, very crowded and operate to transport people between agglomerations and the ville nouvelle and Medina. The ville nouvelle (new town), which is known as Hamrya in Arabic, is easily navigated on foot, as is the medina. Hamrya is a new town with all entertainment facilities, You can find all what you need there, but there is no monuments. Medina is the other side is the ancient Meknes and it contains all the monuments of this wonderful city. 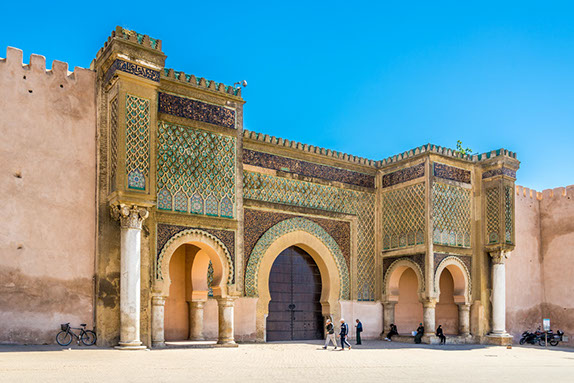 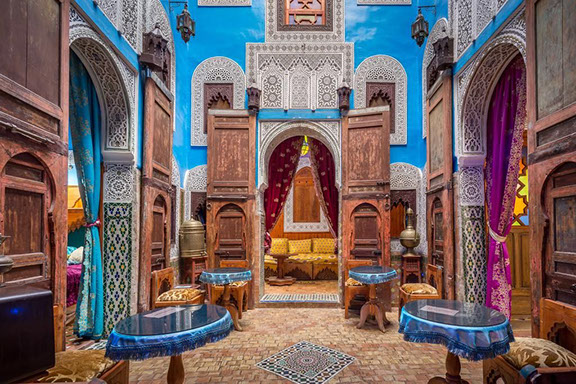 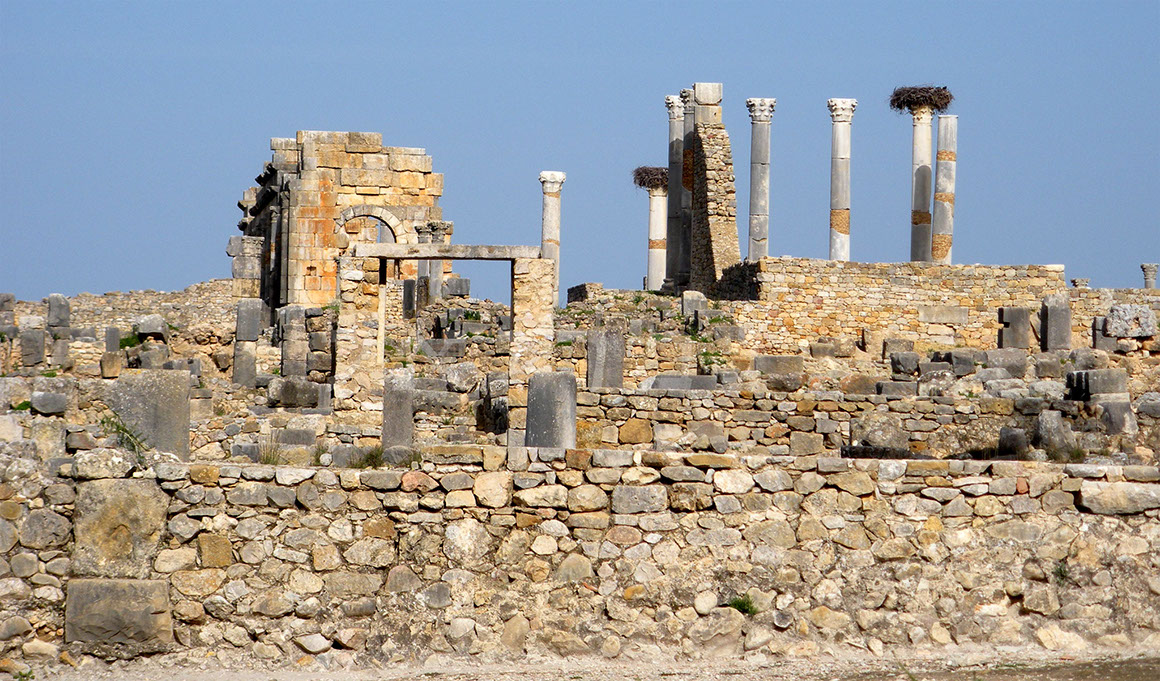