Lake Mburo National Park is a compact gem tour destination, located conveniently close to the highway that connects Kampala to the parks of western Uganda. It is the smallest of Uganda’s Savannah national parks and underlain by ancient Precambrian metamorphic rocks which date back more than 500 million years. It is home to 350 bird species as well as zebra, impala, eland, buffalo, oribi, Defassa waterbuck, leopard, hippo, hyena, topi and reedbuck.

Together with 13 other lakes in the area, Lake Mburo forms part of a 50km-long wetland system linked by a swamp. Five of these lakes lie within the park’s borders. Once covered by open Savannah, Lake Mburo National Park now contains much woodland as there are no elephants to tame the vegetation. In the western part of the park, the Savannah is interspersed with rocky ridges and forested gorges while patches of papyrus swamp and narrow bands of lush riparian woodland line many lakes

Lake Mburo National Park is located in Kiruhura District in the Western Region of Uganda. The park is about 30 kilometres (19 mi), by road, east of Mbarara, the largest city in the sub-region. This location is approximately 240 kilometres (150 mi), by road, west of Kampala, Uganda's capital and largest city. The coordinates of the park are 00 36S, 30 57E (Latitude:0.6000; Longitude:30.9500).

The park has a variety of animals such as zebra, hippopotamus, impala, warthog, common eland, African buffalo, jackal, African leopard, and over three hundred (300) bird species. At 260 square kilometres (100 sq mi), the park is the smallest of Uganda's Savannah national parks. The park has camp grounds and permanent tent facilities for visitors. In 2009, the Uganda Wildlife Authority, which manages the park announced plans to introduce balloon tourism in the park.

This park was initially gazette in the year 1933 as a controlled hunting Area and it was later up graded into a game reserve in the year 1963.  The Bahima Banyankole residents also continued with grazing their own cattle with in the reserve till it was up graded into a national park status in 1983. The government of Oboteput up a decision of up grading the park which was a part that was intended to weaken the Banyankole, who were supporting the anti Obote rebels.  Since the pastoralists that were evicted were not compensated for the lost grazing land and were not also helped with resettling, many of these remained very hostile to the formation of the park. The rangeland that is found outside that is park and was then divided into small ranges as well as the subsistence farming plots.

In the year 1985, which was the second regime of Obote fell and the past residents of Lake Mburo also re occurred in the park land and expelled the park stuff, as they destroyed the infrastructures as well as the wildlife. More so, less than half of the park land was re gazzetted by the NRM government in 1986.

How to get there: Lake Mburo National Park

It’s also known that Lake Mburo will not be the only national park that you will visit in Uganda, its most probably be a stopover to many parks to be enjoy on your safari. The park is located in the western part of the country and it’s over 228km/142 meters from Kampala. This drive also takes over 3 to 4 hours.

The Entebbe international Airport is also about 46km/29metres from Kampala, the capital city of Uganda. This will probably be your entry point into Uganda. The local operator that you will chose will arrange your pick up from the airport or to the hotel and will carry out all your safari transportation.

There are probably two roads that will help you reach Lake Mburo National park, branching off from Masaka – Mbarara road. One of these will help you access the sanga gate 37km east of Mbarara, and the other will help you to enter via the Nshara gate which is 20km from Lyantonde and 50km to Mbarara.

The other option can be by using public means where you will board a bus to sanga town and then get a private taxi or the boda boda to take you to Lake Mburo national park. You are as well as advised to use a 4×4 vehicle since the roads are so rough. There is also full list of companies that supply these vehicles as well as their contacts.

Lake Mburo national park's varied habitats support 68 mammal species. Rarities include impala, which, in Uganda, only lives in Lake Mburo, and Burchell’s zebra and eland which are found only here and in Kidepo.

Other species include warthog, buffalo, oribi, Defassa waterbuck and reedbuck. Leopard and hyena are also present while crocodile and over 300 hippos are found in the lake. Previously extinct in the park, lions have recently been sighted again.

On a game drive in this park one is assured of spotting Zebra, Buffalo, Impala, Warthog and Waterbuck.  Also available sometimes in  large herds of over 100 are elands however they are quite shy. Recently introduced Giraffes are also sometimes encountered.

An alternative view of the park, hopefully including sightings of animals rarely seen during the day, is provided by guided night drives. These start between 6:30pm-7:00pm and last two to three hours, escorted by a  ranger guide. There are great chances to see nocturnal animals such as bushbabys, pottos and perhaps even a leopard.

Lake Mburo national park has also got amazing accommodation options for you to stay. The most up market lodge is the Mihingo safari lodge that has set its standards or the up market, the semi luxury lodge is the Mantana tented camp and it has got good facilities. The mid-range lodge is the Mburo safari Lodge. The budgeting options include; Eagle’s nest that are tented cottages with bath rooms. The low budget lodges can also be found in Rwonyo rest camp that is operated by Uganda Wildlife Authority. 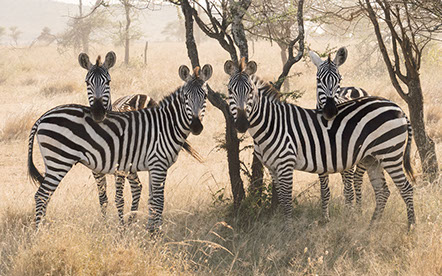 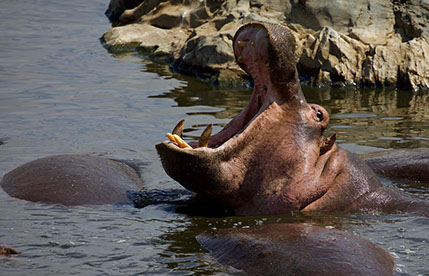