What is a Zebra?

Zebras are several species of African equids (horse family) united by their distinctive black-and-white striped coats. Their stripes come in different patterns, unique to each individual. They are generally social animals that live in small to large herds. Unlike their closest relatives, horses and donkeys, zebras have never been truly domesticated. There are three species of zebras: the plains zebra, the mountain zebra and the Grévy's zebra.

The Plains zebras are well-known African mammals, exhibiting characteristic black and white stripes all over their body. They are most abundant and, probably, most recognizable grazing animals of the continent. Their closest relatives are donkeys and horses. The sparkling coat of this species reflects more than 70% of incoming heat, which is likely to help these animals survive under scorching African sun. Each of these animals has its own unique stripe pattern, which helps identify individuals. Additionally, striped coat is used as ideal camouflage, allowing these ungulates remain unspotted by predators in the grass.

The unique stripes of zebras make them one of the animals most familiar to people. They occur in a variety of habitats, such as grasslands, savannas, woodlands, thorny scrublands, mountains, and coastal hills. Various anthropogenic factors have had a severe impact on zebra populations, in particular hunting for skins and habitat destruction. 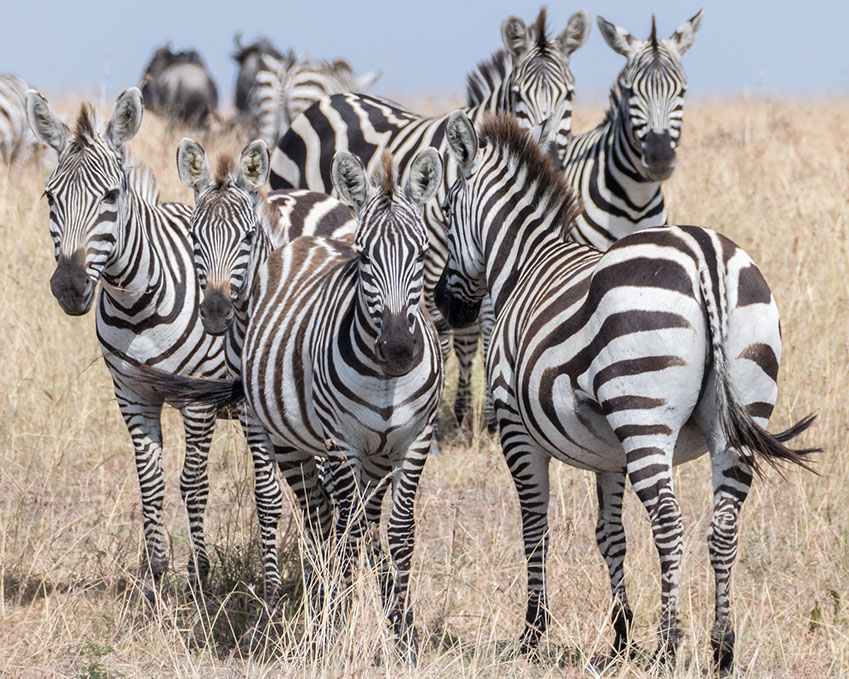 Where do Zebras Live?

Africa is the true home of Zebras, where they are represented by 6 sub-species. The natural range of these animals covers south to eastern part of the African continent, stretching from Southern Sudan and southern Ethiopia southwards through Eastern Africa (Uganda, Kenya, Rwanda and Tanzania) to Zambia, Mozambique, Malawi and the southernmost regions of Africa (South Africa). Additionally, the zebras used to be found in Burundi, Lesotho and, probably, Angola. However, they are currently extinct in these countries. Preferred types of habitat are open terrains such as open savannas, open grasslands, open woodlands as well as open scrublands. Less popular habitats are taller grasslands, denser woodlands, hills and mountainous areas 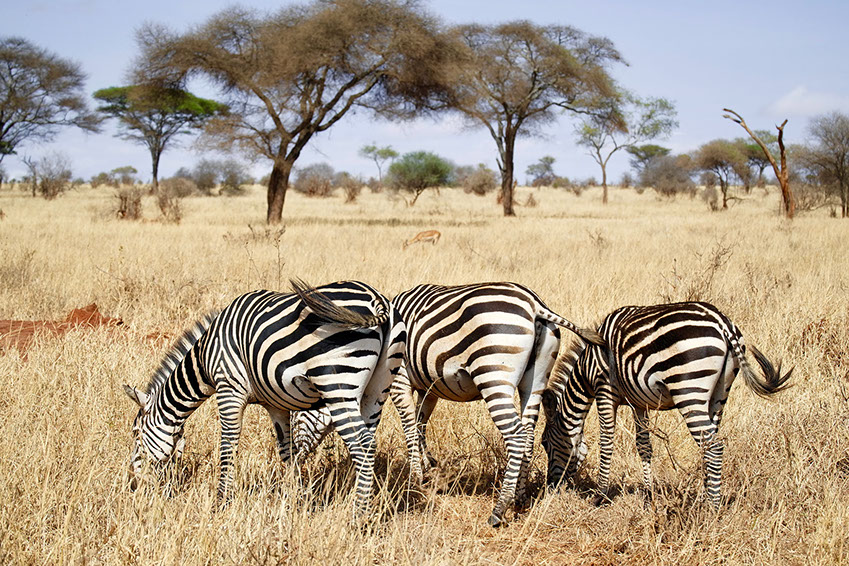 What are the Behaviours of Zebras?

Like most members of the horse family, zebras are highly social. Their social structure, however, depends on the species. Mountain zebras and plains zebras live in groups, known as 'harems', consisting of one stallion with up to six mares and their foals. Bachelor males either live alone or with groups of other bachelors until they are old enough to challenge a breeding stallion. When attacked by packs of hyenas or wild dogs a zebra group will huddle together with the foals in the middle while the stallion tries to ward them off.

Zebras communicate with each other with high-pitched barks and whinnying. Grévy's zebras make mule-like brays. A zebra's ears signify its mood. When a zebra is in a calm, tense or friendly mood, its ears stand erect. When it is frightened, its ears are pushed forward. When angry, the ears are pulled backward. When surveying an area for predators, zebras will stand in an alert posture with ears erect, head held high, and staring. When tense, they will also snort. When a predator is spotted or sensed, a zebra will bark (or bray) loudly.

Female zebras mature earlier than the males, and a mare may have her first foal by the age of three. Males are not able to breed until the age of five or six. Mares may give birth to one foal every twelve months. She nurses the foal for up to a year. Like horses, zebras are able to stand, walk and suckle shortly after they are born. A zebra foal is brown and white instead of black and white at birth.

Zebras are highly gregarious animals, forming permanent family units. These are harem-based groups, consisting of a single dominant male called stallion as well as up to six females with their offspring. The core of each group is made up of females, which form rather close bonds. When the stallion leaves the group or is killed, the community members don't disperse. Instead, they wait until another alpha male takes over. When migrating, these ungulates can be observed in large concentrations, composed of several such harems. While in these large groups, harems rarely come into conflicts. Stallions usually display friendly attitude through ritual greetings, during which they raise their ears and sniff bodies of one another. On the other hand, females of different harems display noticeably aggressive behaviour towards each other. Within a family unit, mutual grooming is a common activity, which is believed to enhance relationships between individuals. Grooming is generally performed between mothers and their young as well as siblings. 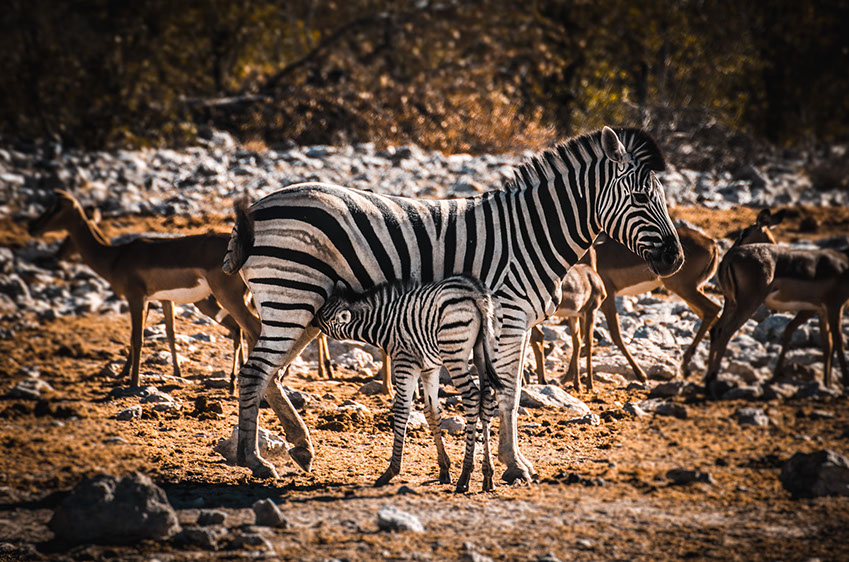 What do Zebras eat?

Zebras feed almost entirely on grasses, but may occasionally eat shrubs, herbs, twigs, leaves and bark. Their digestive systems allow them to subsist on diets of lower nutritional quality than that necessary for other herbivores.