What is an African Elephants?

The African elephant is a genus comprising two living elephant species, the African bush elephant  and the smaller African forest elephant. Both are herbivores and live in groups. They have grey skin and differ in the size of their ears and tusks, and in the shape and size of their skulls.

African elephants are highly intelligent. They have a very large and highly convoluted neocortex, a trait they share with humans, apes and some dolphin species. They are amongst the world's most intelligent species. With a mass of just over 5 kg (11 lb), the elephant brain is larger than that of any other terrestrial animal. The elephant's brain is similar to a human brain in terms of structure and complexity; the elephant's cortex has as many neurons as that of a human brain, suggesting convergent evolution.

African elephants are at their most fertile between the ages of 25 and 45. Calves are born after a gestation period of up to nearly two years. The calves are cared for by their mother and other young females in the group, known as allomothering. African elephants show sexual dimorphism in weight and shoulder height by age 20, due to the rapid early growth of males. By age 25, males are double the weight of females; however, both sexes continue to grow throughout their lives. 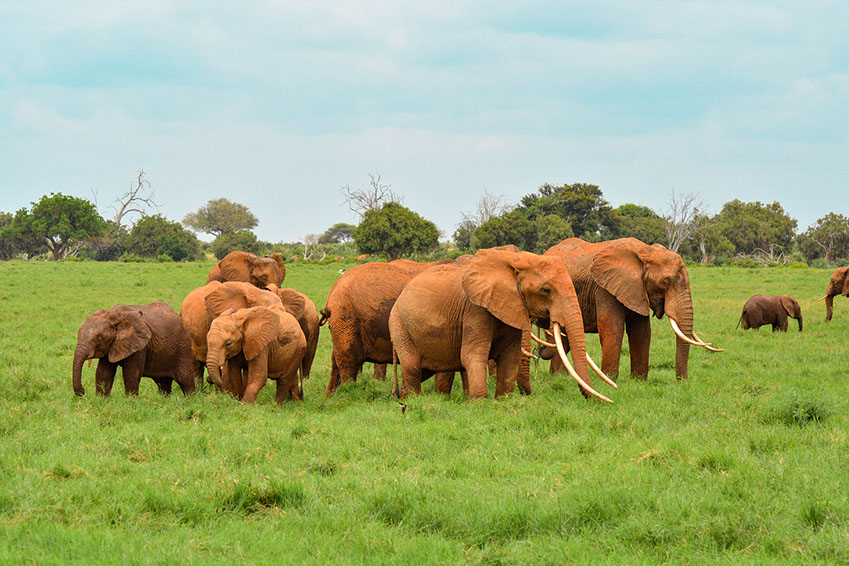 Where do African Elephants Live?

The African elephant is the largest animal walking the Earth. Their herds wander through 37 countries in Africa. They are easily recognized by their trunk that is used for communication and handling objects. And their large ears allow them to radiate excess heat. Upper incisor teeth develop into tusks in African elephants and grow throughout their lifetime. There are two subspecies of African elephants—the Savanna (or bush) elephant and the Forest elephant. Savanna elephants are larger than forest elephants, and their tusks curve outwards. In addition to being smaller, forest elephants are darker and their tusks are straighter and point downward. There are also differences in the size and shape of the skull and skeleton between the two subspecies.

What are the Behaviours of African Elephants?

Elephants are matriarchal, meaning they live in female-led groups. The matriarch is usually the biggest and oldest. She presides over a multi-generational herd that includes other females, called cows, and their young. Adult males, called bulls, tend to roam on their own, sometimes forming smaller, more loosely associated all-male groups.

Having a baby elephant is a serious commitment. Elephants have a longer pregnancy than any other mammal—almost 22 months. Cows usually give birth to one calf every two to four years. At birth, elephants already weigh some 200 pounds and stand about three feet tall.

African elephants have a grey folded and up to 30 mm (1.2 in) thick skin that is covered with sparse bristled dark-brown to black hair. Short tactile hair grows on the trunk, which has two finger-like processes on the tip. Their large ears help to reduce body heat; flapping them creates air currents and exposes the ears' inner sides where large blood vessels increase heat loss during hot weather. The trunk is a prehensile elongation of its upper lip and nose. This highly sensitive organ is innervated primarily by the trigeminal nerve, and thought to be manipulated by about 40–60,000 muscles. Because of this muscular structure, the trunk is so strong that elephants can use it for lifting about 3% of their own body weight. They use it for smelling, touching, feeding, drinking, dusting, producing sounds, loading, defending and attacking. Elephants sometimes swim underwater and use their trunks as snorkels 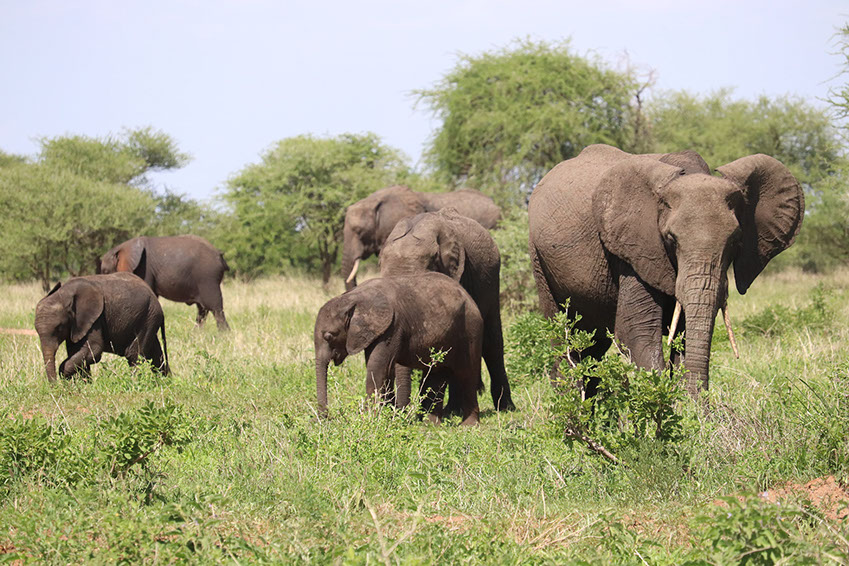