Alexandria was founded in c. 331 BC by Alexander the Great, king of Macedon and leader of the Greek League of Corinth, during his conquest of the Achaemenid Empire. An Egyptian village named Rhacotis existed at the location and grew into the Egyptian quarter of Alexandria. Alexandria grew rapidly to become an important center of Hellenistic civilization and remained the capital of Ptolemaic Egypt and Roman and Byzantine Egypt for almost 1,000 years, until the Muslim conquest of Egypt in AD 641, when a new capital was founded at Fustat (later absorbed into Cairo). Hellenistic Alexandria was best known for the Lighthouse of Alexandria (Pharos), one of the Seven Wonders of the Ancient World; its Great Library (the largest in the ancient world); and the Necropolis, one of the Seven Wonders of the Middle Ages. Alexandria was the intellectual and cultural center of the ancient Mediterranean world for much of the Hellenistic age and late antiquity. It was at one time the largest city in the ancient world before being eventually overtaken by Rome

Alexandria is Egypt's second largest city (3.5 million people), its largest seaport and the country's window onto the Mediterranean Sea. It's a faded shade of its former glorious cosmopolitan self, but still worth a visit for its many cultural attractions and still-palpable glimpses of its past. Few cities of the world have a history as rich as that of Alexandria; few cities have witnessed so many historic events and legends. Founded by Alexander the Great in 331 BC, Alexandria became the capital of Greco-Roman Egypt; its status as a beacon of culture is symbolized by Pharos, the legendry lighthouse that was one of the Seven Wonders of the World. The Lighthouse of Alexandria (Pharos) was built in the third century BC by Ptolemy I on the island of Pharos. The height of the lighthouse was between 115 and 150 meters, so it was among the highest structures in the world, second only to the Great Pyramids. The lighthouse was built on 3 floors: a square bottom with a central heart, a section octagonal average and above an upper section. And on the top there was a mirror that reflected sunlight during the day and used fire for the night. But it was damaged by 2 earthquakes in 1303 and 1323.

Recent radiocarbon dating of seashell fragments and lead contamination show human activity at the location during the period of the Old Kingdom (27th-21st centuries BC) and again in the period 1000-800 BC, followed by the absence of activity thereafter. From ancient sources it is known there existed a trading post at this location during the time of Rameses the Great for trade with Crete, but it had long been lost by the time of Alexander's arrival. A small Egyptian fishing village named Rhakotis, 'That which is built up') existed since the 13th century BC in the vicinity and eventually grew into the Egyptian quarter of the city. Just east of Alexandria (where Abu Qir Bay is now), there was in ancient times marshland and several islands. As early as the 7th century BC, there existed important port cities of Canopus and Heracleion. The latter was recently rediscovered under water.

Alexandria was founded by Alexander the Great in April 331 BC as Ἀλεξάνδρεια (Alexandreia). Passing through Egypt, Alexander wanted to build a large Greek city on Egypt's coast that would bear his name. He chose the site of Alexandria, envisioning the building of a causeway to the nearby island of Pharos that would generate two great natural harbors. Alexandria was intended to supersede Naucratis as a Hellenistic center in Egypt, and to be the link between Greece and the rich Nile valley. A few months after the foundation, Alexander left Egypt and never returned to his city.

After Alexander's departure, his viceroy Cleomenes continued the expansion. The architect Dinocrates of Rhodes designed the city, using a Hippodamian grid plan. Following Alexander's death in 323 BC, his general Ptolemy Lagides took possession of Egypt and brought Alexander's body to Egypt with him. Ptolemy at first ruled from the old Egyptian capital of Memphis. In 322/321 BC he had Cleomenes executed. Finally, in 305 BC, Ptolemy declared himself Pharaoh as Ptolemy I Soter ("Savior") and moved his capital to Alexandria.

Alexandria has a borderline hot desert climate (Köppen climate classification: BWh), approaching a hot semi-arid climate (BSh). As the rest of Egypt's northern coast, the prevailing north wind, blowing across the Mediterranean, gives the city a less severe climate from the desert hinterland. Rafah and Alexandria are the wettest places in Egypt; the other wettest places are Rosetta, Baltim, Kafr el-Dawwar, and Mersa Matruh. The city's climate is influenced by the Mediterranean Sea, moderating its temperatures, causing variable rainy winters and moderately hot summers that, at times, can be very humid; January and February are the coolest months, with daily maximum temperatures typically ranging from 12 to 18 °C (54 to 64 °F) and minimum temperatures that could reach 5 °C (41 °F). temperature sometimes gets lower than 5 and it sometimes rains snow.

Alexandria experiences violent storms, rain and sometimes sleet and hail during the cooler months; these events, combined with a poor drainage system, have been responsible for occasional flooding in the city in the past but don't happen anymore. July and August are the hottest and driest months of the year, with an average daily maximum temperature of 30 °C (86 °F). The average annual rainfall is around 200 mm (7.9 in) but has been as high as 417 mm (16.4 in).

Things to do in Alexandria

Where to Stay in Alexandria 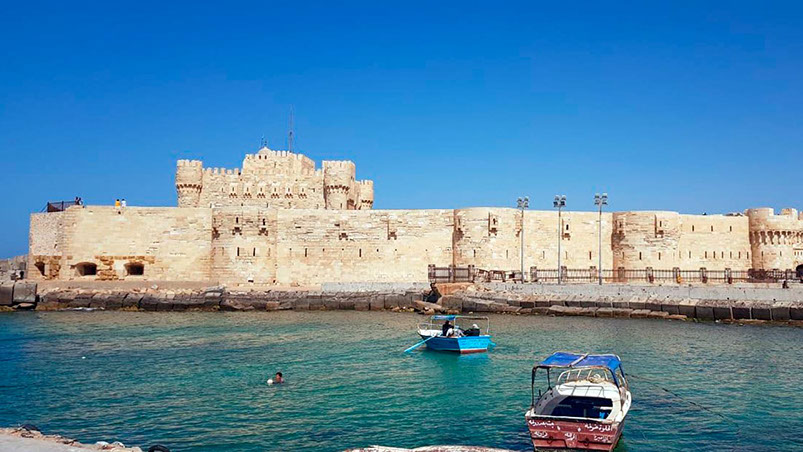 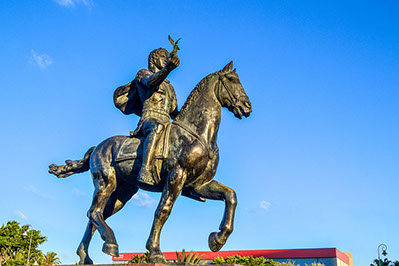 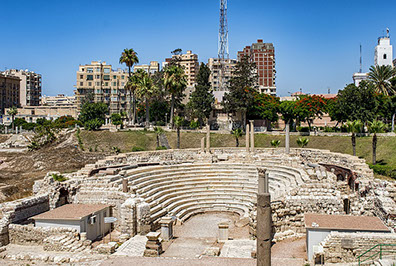 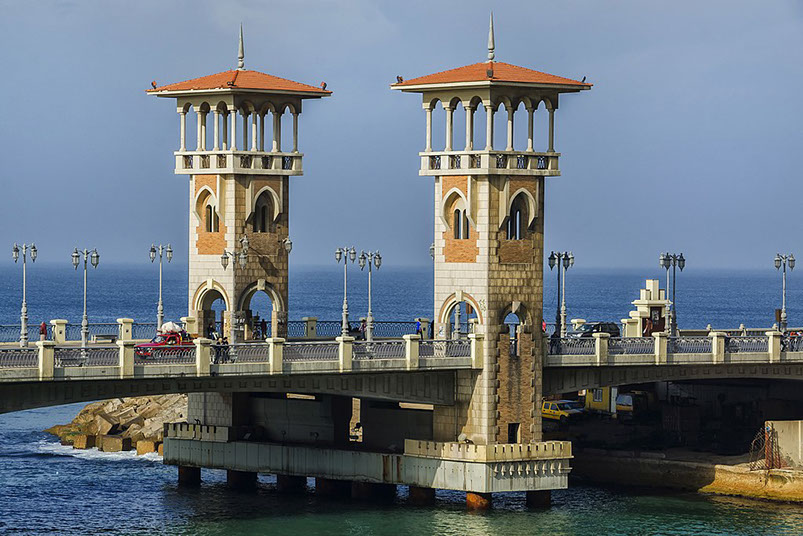