The Demographics of Africa

The demographic population of Africa has grown rapidly over the past century and consequently shows a large youth bulge, further reinforced by a low life expectancy of below 50 years in some African countries. Total population as of 2017 is estimated at more than 1.25 billion, with a growth rate of more than 2.5% per annum. The most populous African country is Nigeria with 191 million inhabitants as of 2017 and a growth rate of 2.6% per annum. 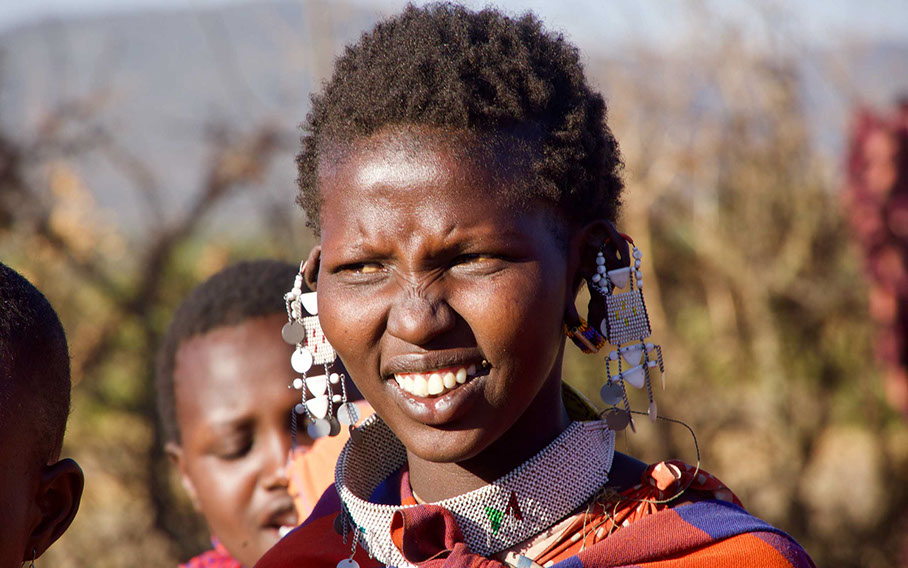 Demographic Population growth has continued at almost the same pace, and total population is expected to surpass 2 billion by 2038 (doubling time 29 years, 2.4% per annum). The reason for the uncontrolled population growth since the mid 20th century is the decrease of infant mortality and general increase of life expectancy without a corresponding reduction in fertility rate, due to a very limited use of contraceptives. Uncontrolled population growth threatens to overwhelm infrastructure development and crippling economic development. Kenya and Zambia are pursuing programs to promote family planning in an attempt to curb growth rates.

The extreme population growth in Africa is driven by East Africa, Middle Africa and West Africa, which regions are projected to more than quintuple their populations over the 21st century. The most extreme of these is Middle Africa, with an estimated population increase by 680%, from less than 100 million in 2000 to more than 750 million in 2100 (more than half of this figure is driven by the Democratic Republic of the Congo, projected to increase from 47 million in 2000 to 379 million in 2100). Projected population growth is less extreme in Southern Africa and North Africa, which are expected, respectively, to not quite double and triple their populations over the same period.

Speakers of Bantu languages (part of the Niger–Congo family) predominate in southern, central and southeast Africa. The Bantu farmers from West Africa's inland Savannah progressively expanded over most of Africa. But there are also several Nilotic groups in South Sudan and East Africa, the mixed Swahili people on the Swahili Coast, and a few remaining indigenous Khoisan (San and Khoikhoi) and Pygmy peoples in southern and central Africa, respectively. Native Bantu-speaking Africans also predominate in Gabon and Equatorial Guinea, and are found in parts of southern Cameroon. In the Kalahari Desert of Southern Africa, the distinct people known as the "San" have long been present. Together with the Khoikhoi, they form the Khoisan. The San are the pre-Bantu indigenous people of southern Africa, while Pygmies are the pre-Bantu indigenous African peoples of Central Africa. The peoples of West Africa primarily speak Niger–Congo languages belonging mostly, though not exclusively, to its non-Bantu branches, though some Nilo-Saharan and Afroasiatic-speaking groups are also found. The Niger–Congo-speaking Yoruba, Igbo, Fulani, Akan and Wolof ethnic groups are the largest and most influential. In the central Sahara, Mandinka or Mande groups are most significant. Chadic-speaking groups, including the Hausa, are found in the more northerly parts of the region nearest to the Sahara and Nilo-Saharan communities such as the Kanuri,  Zarma and Songhai are present in eastern parts of West Africa bordering Central Africa.

The peoples of North Africa comprise three main groups: Berbers in the northwest, Egyptians and Libyans in northeast, and Nilo-Saharan-speaking peoples in the east. The non-native Muslim settlers who arrived in the 7th century introduced the Arabic language and Islam to the region, initiating a process of linguistic Arabization of the region's inhabitants. The Semitic Phoenicians (who founded Carthage) and Hyksos, the Indo-Iranian Alans, the Indo-European Greeks, Romans and Vandals settled in North Africa as well. Berber-speaking populations still make significant communities within Morocco and Algeria and are still also present in smaller numbers in Tunisia and Libya. The Berber-speaking Tuareg and other often-nomadic peoples are the principal inhabitants of the Saharan interior of North Africa. In Mauritania, there is a small Berber community and Niger–Congo-speaking peoples in the South, though in both regions Arabic and Arab culture predominates. In Sudan, although Arabic and Arab culture predominates, it is also inhabited by originally Nilo-Saharan-speaking groups such as the Nubians, Fur, Masalit and Zaghawa who over the centuries have variously intermixed with migrants from the Arabian peninsula. Small communities of Afro-Asiatic-speaking Beja nomads can also be found in Egypt and Sudan.

In the Horn of Africa, Afro-Asiatic-speaking groups predominate. Ethiopian and Eritrean groups like the Amhara and Tigreyans (collectively known as Habesha) speak languages from the Semitic branch of Afro-Asiatic language family, while the Oromo and Somali speak languages from the Cushitic branch of Afro-Asiatic. In southern Ethiopia and Eritrea, Nilotic peoples related to those in South Sudan are also found, while Bantu and Khoisan ethnic minorities inhabit parts of southern Somalia.

Prior to the decolonization movements of the post-World War II era, Europeans were represented in every part of Africa. Decolonisation during the 1960s and 1970s often resulted in the mass emigration of European-descended settlers out of Africa especially from Algeria and Morocco (1.6 million pieds-noirs in North Africa), Kenya, Congo, Rhodesia, Mozambique and Angola. By the end of 1977, more than one million Portuguese were thought to have returned from Africa. Nevertheless, European Africans remain a minority in many African states, particularly South Africa, Zimbabwe, Namibia and Réunion. The African country with the largest native European African population is South Africa. The Boers or Afrikaners, the British diaspora and the Coloureds (multiracial) are the largest European-descended groups in Africa today.

European colonization also brought sizable groups of Asians, particularly people from the Indian subcontinent, to British colonies. Large Indian communities are found in South Africa, and smaller ones are present in Kenya, Tanzania, and some other southern and East African countries. The large Indian community in Uganda was expelled by the dictator Idi Amin in 1972, though many have since returned. The islands in the Indian Ocean are also populated primarily by people of Asian origin, often mixed with Africans and Europeans. The Malagasy people of Madagascar are Austronesian people and native African people, but those along the coast are generally mixed with Bantu, Arab, Indian and European origins. Malay and Indian ancestries are also important components in the group of people known in South Africa as Cape Coloureds (people with origins in two or more races and continents). Beginning with the 21st century many Hispanics, primarily Mexicans, Central Americans, Chileans, Peruvians, and Colombians, have immigrated to Africa. Around 500,000 Hispanics have immigrated to Africa, most of whom live in South Africa, Kenya, Nigeria, Uganda, and Ghana. During the 20th century, small but economically important communities of Lebanese and Chinese have also developed in the larger coastal cities of West and East Africa, respectively