What is an African Leopard?

The African leopard is the nominate subspecies of the leopard, native to many countries in Africa. It is widely distributed in most of sub-Saharan Africa, but the historical range has been fragmented in the course of habitat conversion.

These large carnivores are powerfully built with long bodies, relatively short legs, and a broad head. There are nine subspecies and are distinguished by the unique characteristics of their coats, which range from tawny or light yellow in warm, dry habitats to reddish-orange in dense forests. Their coat is covered in dark, irregular spots called rosettes. These spots are circular in east African leopards, but square in southern African leopards.

Most leopards are light colored with distinctive dark spots that are called rosettes, because they resemble the shape of a rose. Black leopards, which appear to be almost solid in color because their spots are hard to distinguish, are commonly called black panthers. 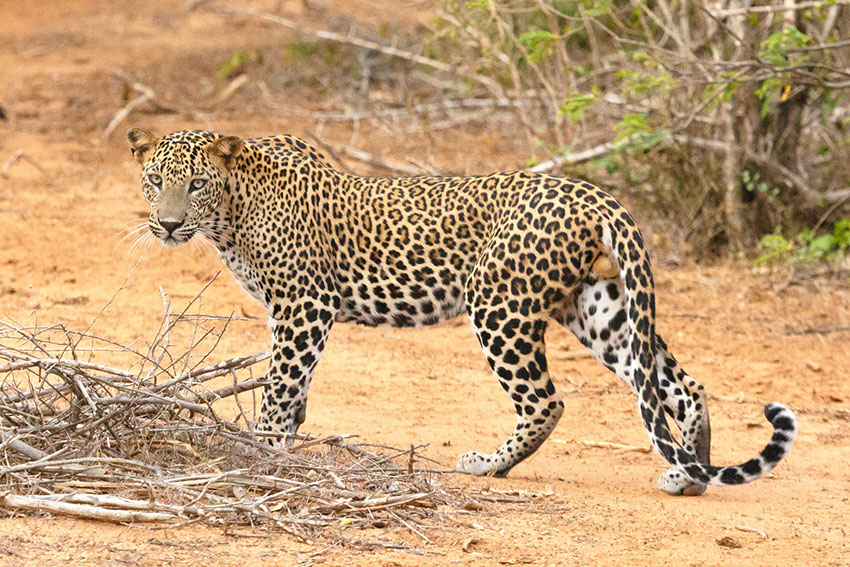 Where do African Leopards Live?

African leopards inhabit a wide range of habitats within Africa, from mountainous forests to grasslands and savannahs, excluding only extremely sandy desert. It is most at risk in areas of semi-desert, where scarce resources often result in conflict with nomadic farmers and their livestock.It used to occur in most of sub-Saharan Africa, occupying both rainforest and arid desert habitats. It lived in all habitats with annual rainfall above 50 mm (2.0 in), and can penetrate areas with less than this amount of rainfall along river courses. It ranges up to 5,700 m (18,700 ft), has been sighted on high slopes of the Rwenzori and Virunga volcanoes, and observed when drinking thermal water 37 °C (99 °F) in the Virunga National Park.

It appears to be successful at adapting to altered natural habitat and settled environments in the absence of intense persecution. It has often been recorded close to major cities. But already in the 1980s, it has become rare throughout much of West Africa. Now, it remains patchily distributed within historical limits. During surveys in 2013, it was recorded in Gbarpolu County and Bong County in Upper Guinean forests of Liberia.

Leopards are rare in northern Africa. A relict population persists in the Atlas Mountains of Morocco, in forest and mountain steppe in elevations of 300 to 2,500 m (980 to 8,200 ft), where the climate is temperate to cold

What are the Behaviours of African Leopards?

African Leopards are generally most active between sunset and sunrise, and kill more prey at this time. In Kruger National Park in South Africa, Maasai Mara in Kenya, Serengeti and Ngorongoro in Tanzania and Queen Elizabeth National Park in Uganda, male leopards and female leopards with cubs were more active at night than solitary females. The highest rates of daytime activity were recorded for leopards using thorn thickets during the wet season, when impala also used them.

The leopard has an exceptional ability to adapt to changes in prey availability, and has a very broad diet. Small prey are taken where large ungulates are less common. The known prey of leopards ranges from dung beetles to adult elands, which can reach 900 kg (2,000 lb). In sub-Saharan Africa, at least 92 prey species have been documented in leopard scat, including rodents, birds, small and large antelopes, hyraxes, hares, and arthropods. They generally focus their hunting activity on locally abundant medium-sized ungulates in the 20 to 80 kg (44 to 176 lb) range, while opportunistically taking other prey 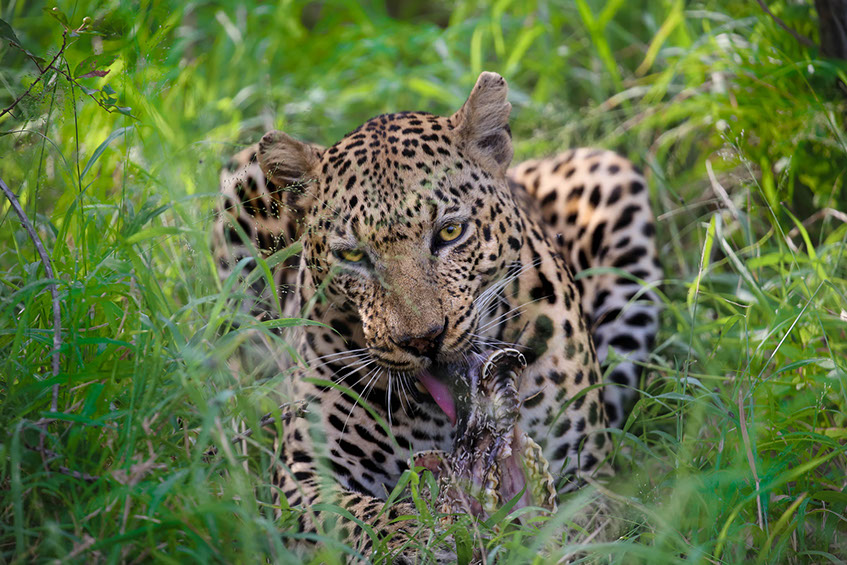 What do African Leopards eat?

African Leopards prey mostly on impala, both adult and young, and catch some Thomson's gazelles in the dry season. Occasionally, they successfully hunt warthog, dik-dik, reedbuck, duiker, steenbok, wildebeest and topi calves, jackal, Cape hare, guineafowl and starling. They are usually less successful in hunting zebras, Coke's hartebeests, giraffes, mongooses, genets, hyraxes and small birds. Scavenging from the carcasses of large animals make up a small proportion of their food. In tropical rainforest in Central Africa, their diet consists of duikers and primates. Some individual leopards have shown a strong preference for pangolins and porcupines. 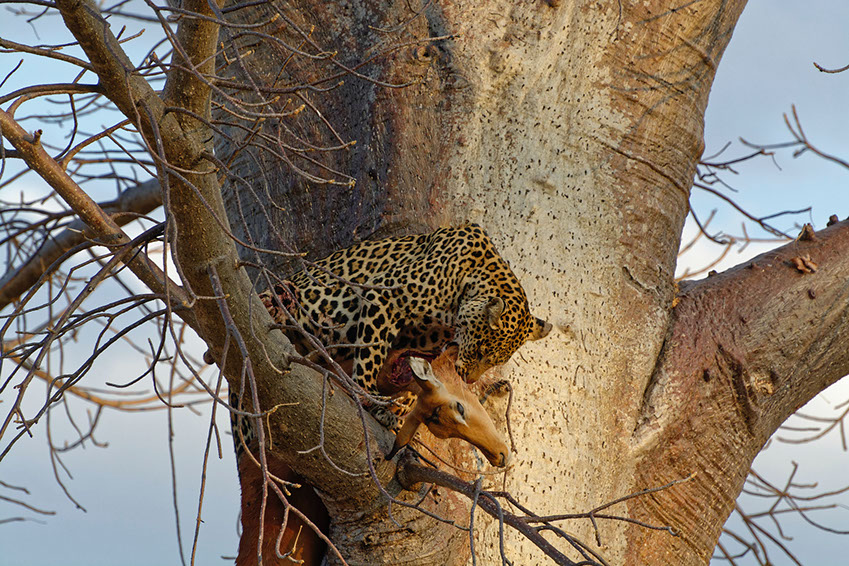