This protected park is undeniably the remotest and rugged and interestingly, the least crowded offering visitors with untapped diversity of attractions. Meru National Park is located on the Equator and bisected by 13 most remarkable Rivers and numerous mountain fed streams that rank this protected among the very few most incredible tourist sites that shouldn’t miss out in your bucket list.

Meru National Park is a Kenyan national park located east of Meru, 350 km (220 mi) from Nairobi. Covering an area of 870 km2 (340 sq mi), it is one best known national parks in Kenya. Rainfall in this area is abundant with 635–762 mm (25.0–30.0 in) in the west of the park and 305–356 mm (12.0–14.0 in) in the east. The rainfall results in tall grass and lush swamps. The park has a wide range of wild animals including the African bush elephant, lion, African leopard, cheetah, eastern black rhinoceros, southern white rhinoceros, Grévy's zebra, hippopotamus.

Meru was one of the two areas in which conservationists George Adamson and Joy Adamson raised Elsa the Lioness made famous in the best selling book and award-winning movie Born Free. Elsa the Lioness is buried in this park and part of Joy's ashes were scattered on her gravesite.

Meru National Park was established in 1968 and it features diversity of habitats and wildlife species and this makes it a natural wonder of its own for you to explore and discover while on safari in Africa. The prominent wildlife species for visitors to catch a glimpse at this park include leopards, cheetah, elephants, zebras, lion, buffaloes, leopards, hippos, lesser kudu, Oryx, gerenuk, hartebeests, gazelle, rhino, giraffe and many more. Meru National Park also refuges reptiles especially the cobra, python and puff adder. Meanwhile its Rivers feature several hippos, crocodiles and many more water species. About 300 bird species thrive within the park and the notable ones include the pel’s fishing owl, Kingfishers, rollers, bee eaters, starlings and weavers, the unique palm nut vulture, sunbirds peter’s fin foot, red necked falcon, Heuglins courser, hornbills, secretary birds, eagles, brown backed woodpecker and many more.

Meru National Park lies east of Meru, about 350 kilometers from Nairobi. You can take a route via Nyeri, Meru, Nanyuki and this is the first road and the second route is via Embu to Meru. This leads you up to Ura gate. For safaris in Meru National Park, you will need a strong 4wd due to the nature of the roads. You can hire 4wd car in Nairobi from as low as US$60 per pay without a driver. Another alternative route takes visitors from Meru that takes visitors via Kangeta and Mathara to Maua where you will turn to the left on the Kinna road that takes visitors up to the national park. You can also take a flight and land in Kenya’s airstrips in Kina, Meru Mulika Lodge.

Meru wildlife conservation area also offers visitors a chance to catch a glimpse of its sceneries and landscape, view the thick vegetation (the park is famous for its 5 distinct categories of vegetation), forests and Savannah with long grass, swamps and Rivers.

Where to Stay: Meru National Park

Meru National Park prominent lodges for you to spend a night(s) include; Leopard Rock Lodge, Mulika Lodge, Elsa’s Kopje Lodge, Murera Springs Eco Lodge, Rhino River Camp, Ikweta Safari Camp. You can camp in any of the 8 remarkable campsites within the park or spend a night at the bandas.

In conclusion, Meru National Park is undeniably one of the hidden secretes that are worth exploring and discovering while you are vacation holiday in Kenya.

For more wildlife adventures in Africa, you can extend your trip to Uganda. According to most travellers, an African safari is incomplete without trekking gorillas in Bwindi National Park. After your safari in Meru National Park, connect to Uganda for 8 day gorilla and wildlife safari to compare the experience in both destinations! 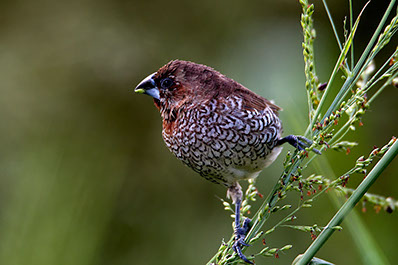 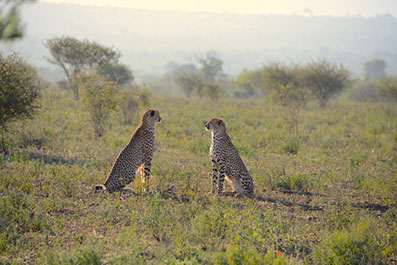