Tunis is the capital and largest city of Tunisia. The greater metropolitan area of Tunis, often referred to as "Grand Tunis", has about 2,700,000 inhabitants, making it the third-largest city in the Maghreb region (after Casablanca and Algiers) and the sixteenth-largest in the Arab world.

Tunis City is the capital of Tunisia. With a population of around two million inhabitants. There are quite a few must-see attractions, especially if you include the ruins of Carthage, which are easily accessed from here, and the Punic ports are interesting, too. Tunis is an interesting mix of new and old, including colonial French buildings. The souq and the medina are among the most authentic and hassle-free in North Africa.

Tunis is divided into the World Heritage Listed old city, known as the medina, and the new city, or ville nouvelle in French. Ave Habib Bourguiba is the large thoroughfare running through the new city from the Clock Tower to the Cathedral of St Vincent de Paul. It then turns into Ave de France, which runs for a few blocks until ending at the Place de la Victoire and the Port de France, a large free-standing gate that used to be the entrance to the medina. This can be a good landmark for taxi drivers, as some of the smaller streets nearby may not be familiar to the drivers.

Tunis is located in north-eastern Tunisia on the Lake of Tunis, and is connected to the Mediterranean sea's Gulf of Tunis by a canal which terminates at the port of La Goulette/Halq al Wadi. The ancient city of Carthage is located just north of Tunis along the coastal part. The city lies on a similar latitude as the southernmost points of Europe. The city of Tunis is built on a hill slope down to the lake of Tunis. These hills contain places such as Notre-Dame de Tunis, Ras Tabia, La Rabta, La Kasbah, Montfleury and La Manoubia with altitudes just above 50 metres (160 feet). The city is located at the crossroads of a narrow strip of land between Lake Tunis and Séjoumi.

One of the northernmost cities on the African continent, the climate in Tunis is Mediterranean although a bit warmer than on the European side. Summers are hot and dry, with temperatures over 40°C not unheard of, although thanks to the sea and the surrounding mountains, it's not as hot as in the Sahara desert. Most of the rain falls during the winter months, but not even those months see more than 8-9 days of rain each month on average. In the winter Tunis occasionally experiences temperatures below freezing and in very rare cases some snow, though on average even nighttime temperatures don't drop much below 10°C. Tunis' mild climate makes it a comfortable destination year-round.

Tunis was originally a Berber settlement. The existence of the town is attested by sources dating from the 4th century BC. Situated on a hill, Tunis served as an excellent point from which the comings and goings of naval and caravan traffic to and from Carthage could be observed. Tunis was one of the first towns in the region to fall under Carthaginian control, and in the centuries that followed Tunis was mentioned in the military histories associated with Carthage. Thus, during Agathocles' expedition, which landed at Cape Bon in 310 BC, Tunis changed hands on various occasions. According to Strabo, it was destroyed by the Romans in 146 BC during the Third Punic War. Both Tunis and Carthage were destroyed; Tunis, however, was rebuilt first under the rule of Augustus and became an important town under Roman control and the center of a booming agricultural industry.

After independence in 1956, Tunis consolidated its role as the capital, first with the establishment of a constitution stating that the Chamber of Deputies and the Presidency of the Republic must have their headquarters in Tunis and its suburbs. In a very short time, the colonial city transformed rapidly. As the city has grown and native Tunisians gradually began to replace the extensive European population, conflict between the Arab city and the European city has gradually decreased with the arabization of the population.

Free maps of Tunis and Tunisia are available at the National Tourism Office, to the north-east of the clock tower (directly east of the main Medina gate). The tourist office offers assistance in many languages. 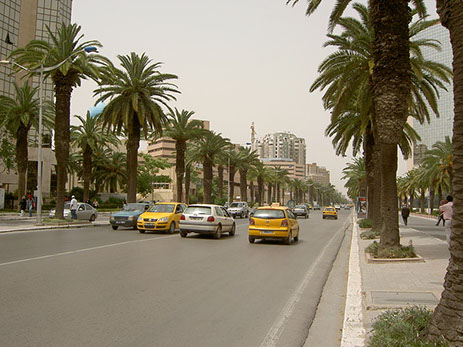 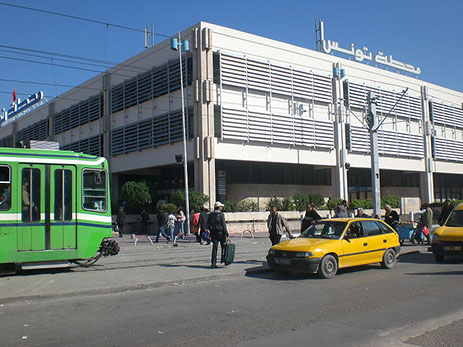 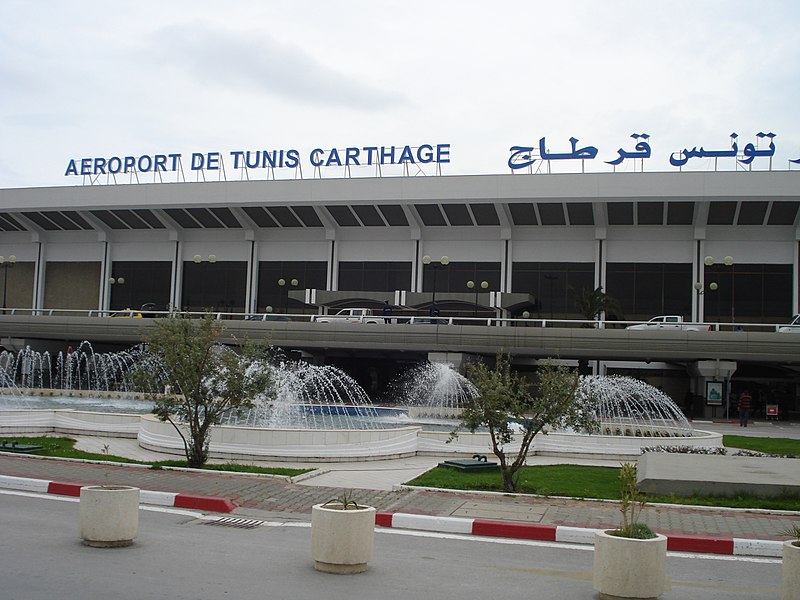 Simply wandering around Tunis can be an interesting experience, especially around the medina with its ancient buildings including mosques, gates and market stalls. All types of commodities including slaves used to be traded here, but today's market is mainly that of day-to-day goods, with many local handicrafts. Shopping and haggling at this colourful place is certainly an experience different from what you may be used to at home. Another good place for a walk is Tunis' largest park, Belvedere Park, which houses the Museum of Modern Art and the municipal zoo (closed Mondays), and overlooks Lake Tunis 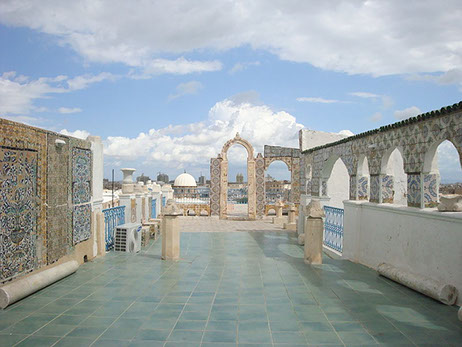 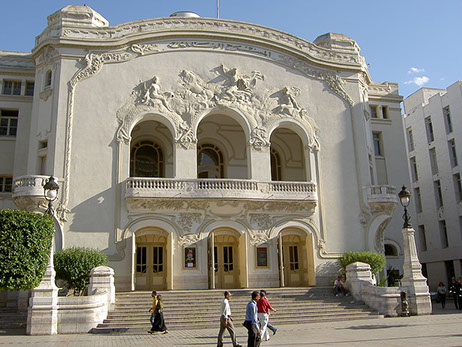 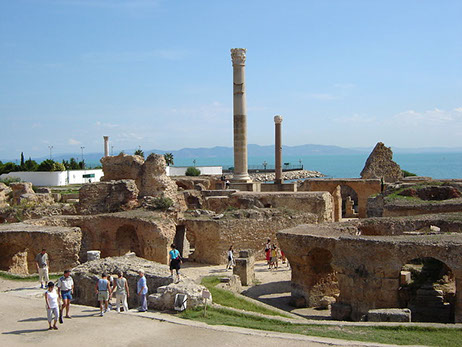 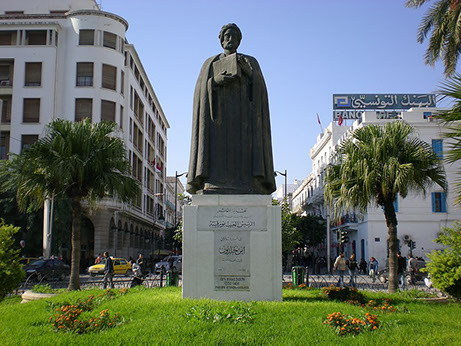 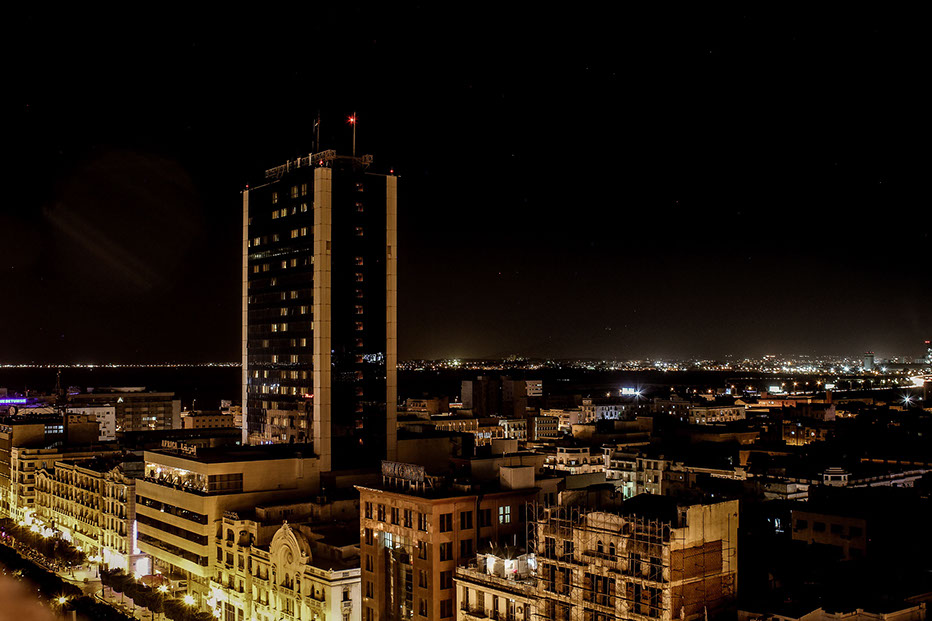