The Climate of Africa

The climate of Africa is a range of climates such as the equatorial climate, the tropical wet and dry climate, the tropical monsoon climate, the semi-desert climate (semi-arid), the desert climate (hyper-arid and arid), and the subtropical highland climate. Temperate climates are rare across the continent except at very high elevations and along the fringes. In fact, the climate of Africa is more variable by rainfall amount than by temperatures, which are consistently high. African deserts are the sunniest and the driest parts of the continent, owing to the prevailing presence of the subtropical ridge with subsiding, hot, dry air masses. Africa holds many heat-related records: the continent has the hottest extended region year-round, the areas with the hottest summer climate, the highest sunshine duration, and more.

Owing to Africa's position across equatorial and subtropical latitudes in both the northern and southern hemisphere, several different climate types can be found within it. The continent mainly lies within the inter-tropical zone between the Tropic of Cancer and the Tropic of Capricorn, hence its interesting density of humidity. Precipitation intensity is always high, and it is a hot continent. Warm and hot climates prevail all over Africa, but mostly the northern part is marked by aridity and high temperatures. Only the northernmost and the southernmost fringes of the continent have a Mediterranean climate. The equator runs through the middle of Africa, as do the Tropic of Cancer and the Tropic of Capricorn, making Africa the most tropical continent. 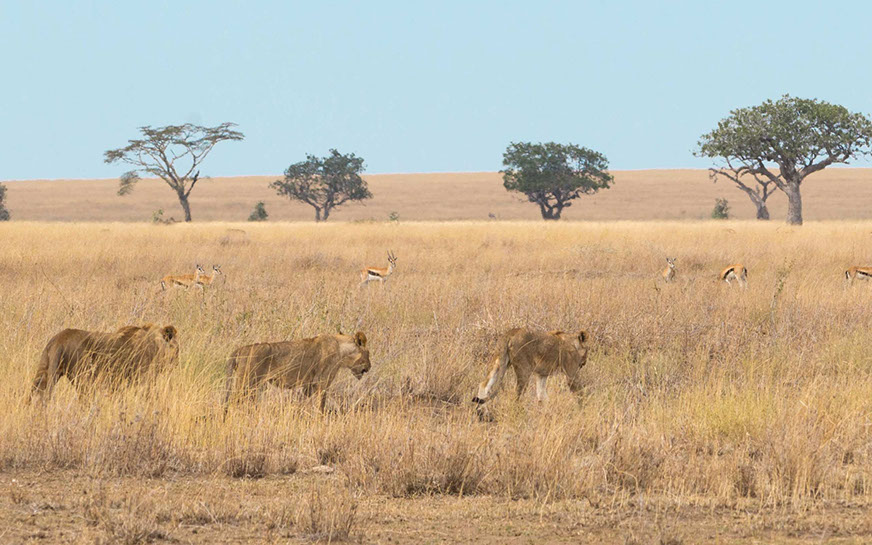 Globally, heating of the earth near the equator leads to large amounts of upward motion and convection along the monsoon trough or Inter-tropical Convergence Zone. The divergence over the near-equatorial trough leads to air rising and moving away from the equator aloft. As it moves towards the Mid-Latitudes, the air cools and sinks, which leads to subsidence near the 30th parallel of both hemispheres. This circulation is known as the Hadley cell and leads to the formation of the subtropical ridge. Many of the world's deserts are caused by these climatological high-pressure areas, including the Sahara Desert.

Temperatures are hottest within the Sahara regions of Algeria and Mali, and coolest across the south and at elevation within the topography across the eastern and north-west sections of the continent. The hottest average temperature on Earth is at Dallol, Ethiopia, which averages a temperature of 33.9 °C (93.0 °F) throughout the year. The hottest temperature recorded within Africa, which was also the world record, was 57.8 °C (136.0 °F) at 'Aziziya, Libya on September 13, 1922. This was later proven to be false, being derived from an inaccurate reading of a thermometer. The world's hottest place is in fact Death Valley, in California. Apparent temperatures, combining the effect of the temperature and humidity, along the Red Sea coast of Eritrea and Gulf of Aden coast of Somalia range between 57 °C (135 °F) and 63 °C (145 °F) during the afternoon hours. The lowest temperature measured within Africa was −24 °C (−11 °F) at Ifrane, Morocco on February 11, 1935. Nevertheless, the major part of Africa experiences extreme heat during much of the year, especially the deserts, steppes and savannah. The African deserts are arguably the hottest places on Earth, especially the Sahara Desert and the Danakil Desert, located in the Horn of Africa.