Essaouira is a coastal city in Morocco. The City of Essaouira offers a picturesque medina (old town) surrounded by seawalls and city walls, designed by a French architect in the 18th century, a harbor with fish market, and a long beach with numerous water sports opportunities. Until the 1960s, Essaouira was generally known by its Portuguese name, Mogador. This name is probably a corruption of the older Berber name Amegdul.

Essaouira is a city in the western Moroccan region of Meṛṛakesh, on the Atlantic coast. The Medina of Essaouira (formerly "Mogador") is a UNESCO World Heritage listed city, an example of a late 18th-century fortified town, as transferred to North Africa by European colonists.

The medina is home to many small arts and crafts businesses, notably cabinet making and 'thuya' wood-carving (using roots of the Tetraclinis tree), both of which have been practised in Essaouira for centuries.

Archaeological research shows that Essaouira has been occupied since prehistoric times. The bay at Essaouira is partially sheltered by the island of Mogador, making it a peaceful harbor protected against strong marine winds.

The present city of Essaouira was built during the mid-eighteenth century by the Moroccan King. Mohammed III tried to reorient his kingdom toward the Atlantic for increased exchanges with European powers, choosing Mogador as his key location. One of his objectives was to establish a harbour at the closest possible point to Marrakesh. The other was to cut off trade from Agadir in the south, which had been favouring a political rival of Mohammed III, and the inhabitants of Agadir were forced to relocate to Essaouira.

Essaouira is protected by a natural bay partially shielded from wave action by the Iles Purpuraires. A broad sandy beach extends from the harbour south of Essaourira, at which point the Oued Ksob discharges to the ocean; south of the discharge lies the archaeological ruin, the Bordj El Berod. The Canary Current is responsible for the generally southward movement of ocean circulation and has led to enhancement of the local fishery. The village of Diabat lies about five kilometres (3.1 miles) south of Essaouira, immediately south of the Oued Ksob.

Essaouira's climate is semi-arid bordering a warm summer Mediterranean one with mild temperatures year round. The gap between highs and lows is small and summers are warm while winters are mild. Annual rainfall is usually 300 to 500 millimetres (12 to 20 in). Essaouira has seen considerable heating in the summer in recent years. The average summer high temperature has surpassed 30°C every year since 2013.

Here how you can get in Essaouira;

The walled center of the town, the Medina, is supposedly restricted to non-motorized vehicles, but this rule is widely ignored

Essaouira is a perfect example of a late 18th century fortified town, with the original canons still in place and where Orson Wells shot his Othello 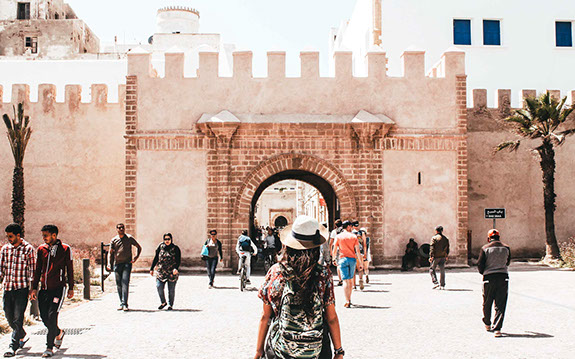 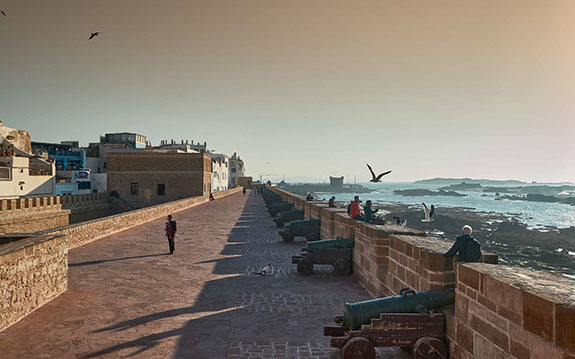 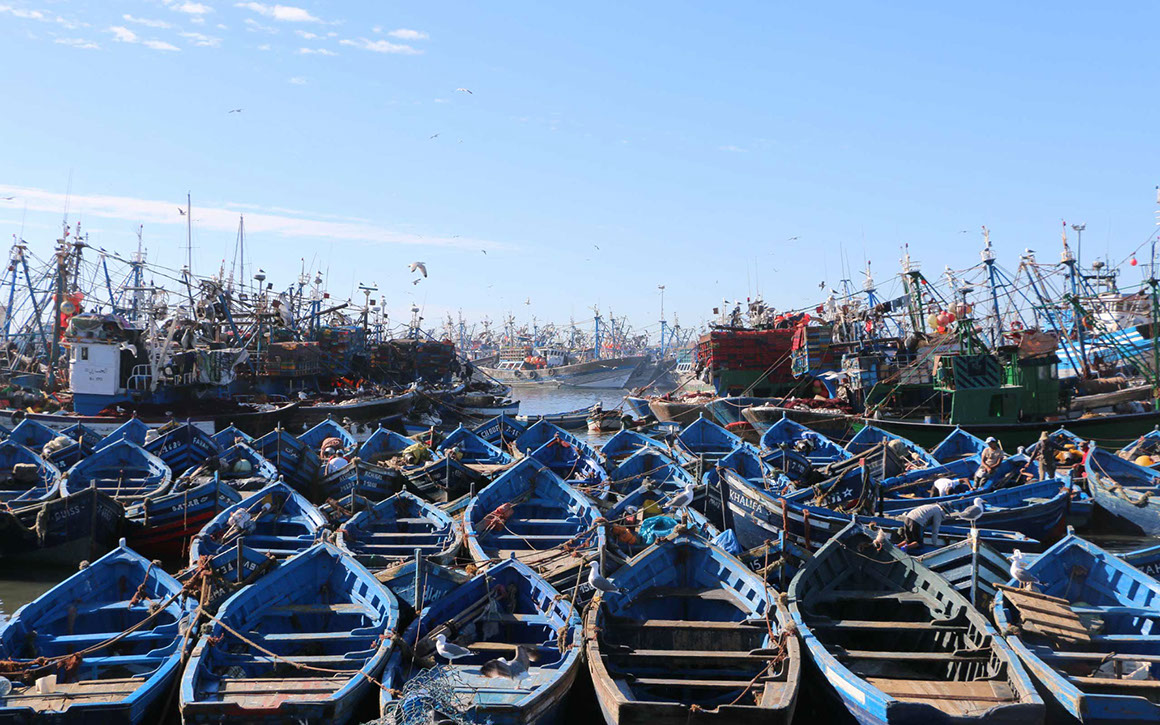