Agadir is a major city destination in Morocco surrounded by the High Atlas Mountains, the Sahara Desert, many natural parks, and breathtaking secluded beaches which are all easily accessible from Agadir. The city of Agadir is primarily a tourist resort that is popular with European travelers and Moroccans alike. It has a beach with all the appropriate facilities for beach-tourism. The city is especially attractive, it is clean and orderly with very friendly locals.

Agadir is a major city in Morocco. It is located on the shore of the Atlantic Ocean near the foot of the Atlas Mountains, just north of the point where the Souss River flows into the ocean and 509 kilometres (316 mi) south of Casablanca. Agadir is the capital of the Agadir Ida-U-Tanan Prefecture and of the Souss-Massa economic region. The majority of its inhabitants speak Tashlehit language, one of the two official languages of Morocco.

Very little remains of the Phoenician language, but numismatic inscriptions record that they knew the site as a Gadir or Agadir, meaning "The Wall", "The Compound", or (by metonymy) "The Stronghold".

Founded around 1104 BC as Gadir or Agadir by Phoenicians from Tyre Little history is recorded on Agadir before the 12th century. The oldest cartographic mention of Agadir is on a map from 1325: at the approximate location of the modern city there was an indication of a place called Porto Mesegina, after the name of a Berber tribe already mentioned in the 12th century, the Mesguina, that is to say the Ksima.

At the end of the medieval period, Agadir was a town of some notoriety. The name itself, Agadir al-harba, was attested to for the first time in 1510. In 1505, the Portuguese, who were already installed on the Moroccan coast, founded a trading post and a fort at the foot of the hill to the sea, Santa Cruz do Cabo de Aguer on the site of the now-vanished neighborhood of Founti (named after the Portuguese word fonte meaning fountain) under a governor.

Agadir features a hot semiarid climate with warm summers and mild winters. Located along the Atlantic Ocean, Agadir has a very temperate climate. The daytime temperature generally stays in the 20s °C (70s °F) every day, with the winter highs typically reaching 20.4 °C or 68.7 °F in December and January. Occasionally however, the region experiences winds from the Sahara called Chergui, which may exceptionally and for two to five days raise the heat above 40 °C or 104 °F.

Here is how you can get in Agadir;

Agadir has plenty of tourist attractions to offer; 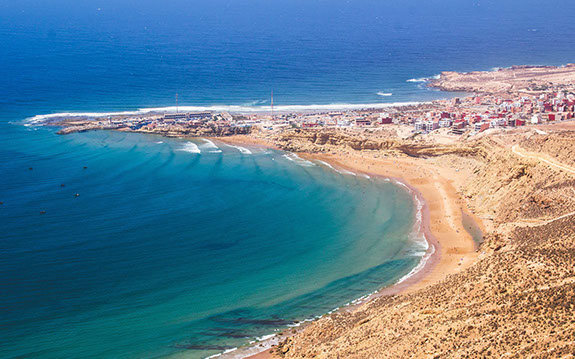 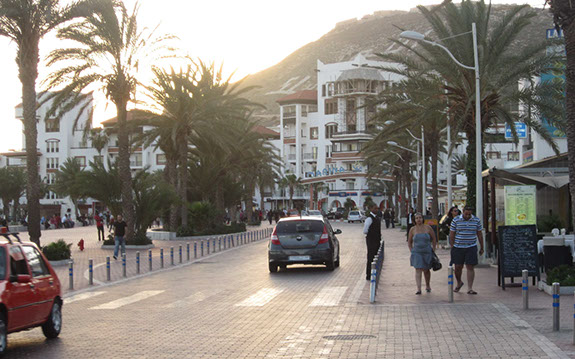 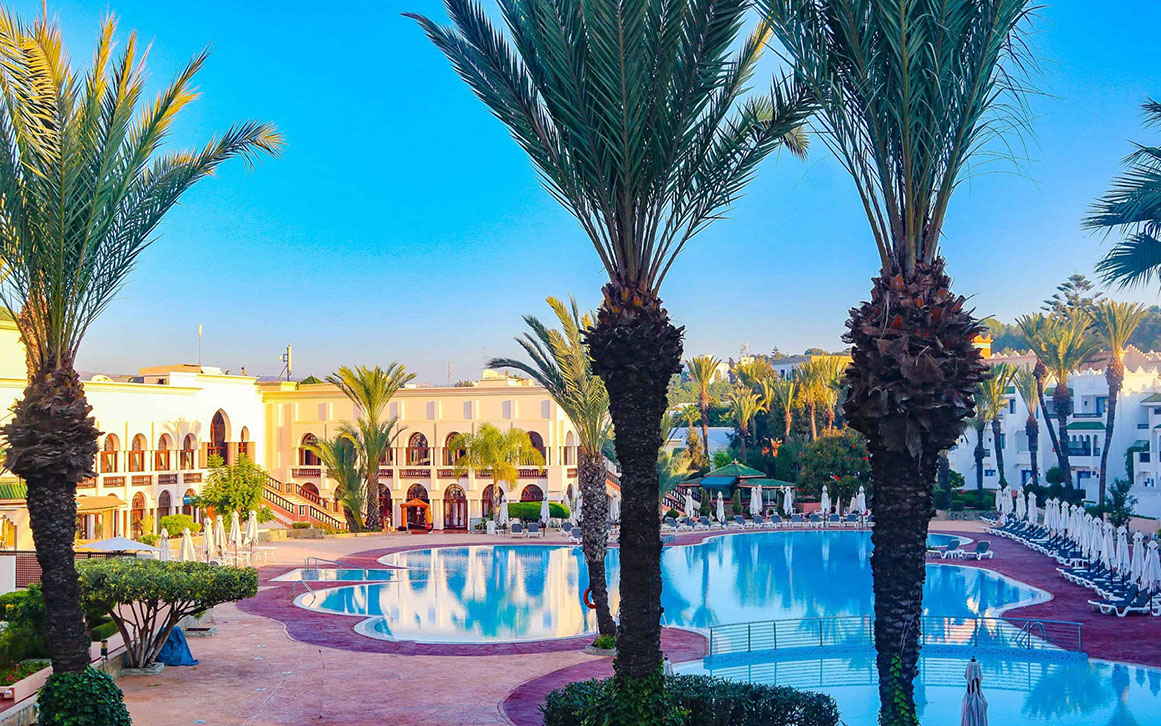