Africa is the world's second-largest and second-most populous continent, after Asia. At about 30.3 million km2 (11.7 million square miles) including adjacent islands, it covers 6% of Earth's total surface area and 20% of its land area. With 1.3 billion people as of 2018, it accounts for about 16% of the world's human population. The continent is surrounded by the Mediterranean Sea to the north, the Isthmus of Suez and the Red Sea to the northeast, the Indian Ocean to the southeast and the Atlantic Ocean to the west. The continent includes Madagascar and various archipelagos. It contains 54 fully recognised sovereign states (countries), four territories and two de facto independent states with limited or no recognition. The majority of the continent and its countries are in the Northern Hemisphere, with a substantial portion and number of countries in the Southern Hemisphere.

Africa's average population is the youngest amongst all the continents; the median age in 2012 was 19.7, when the worldwide median age was 30.4. Algeria is Africa's largest country by area, and Nigeria is its largest by population. Africa, particularly central Eastern Africa, is widely accepted as the place of origin of humans and the Hominidae clade (great apes), as evidenced by the discovery of the earliest hominids and their ancestors as well as later ones that have been dated to around 7 million years ago. Africa straddles the equator and encompasses numerous climate areas; it is the only continent to stretch from the northern temperate to southern temperate zones.

Africa hosts a large diversity of ethnicities, cultures and languages. In the late 19th century, European countries colonised almost all of Africa; most present states in Africa emerged from a process of decolonisation in the 20th century. African nations cooperate through the establishment of the African Union, which is headquartered in Addis Ababa. 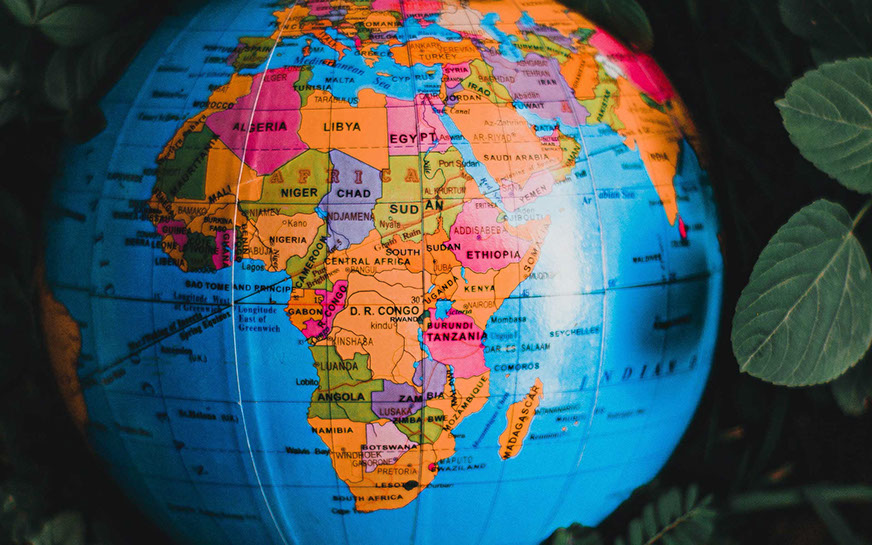 Afri was a Latin name used to refer to the inhabitants of then-known northern Africa to the west of the Nile river, and in its widest sense referred to all lands south of the Mediterranean (Ancient Libya). This name seems to have originally referred to a native Libyan tribe, an ancestor of modern Berbers. The name had usually been connected with the Phoenician word ʿafar meaning "dust", but a 1981 hypothesis has asserted that it stems from the Berber word ifri (plural ifran) meaning "cave", in reference to cave dwellers. The same word may be found in the name of the Banu Ifran from Algeria and Tripolitania, a Berber tribe originally from Yafran (also known as Ifrane) in northwestern Libya.

Under Roman rule, Carthage became the capital of the province it then named Africa Proconsularis, following its defeat of the Carthaginians in the Third Punic War in 146 BC, which also included the coastal part of modern Libya. The later Muslim region of Ifriqiya, following its conquest of the Byzantine (Eastern Roman) Empire's Exarchatus Africae.

According to the Romans, Africa lay to the west of Egypt, while "Asia" was used to refer to Anatolia and lands to the east. A definite line was drawn between the two continents by the geographer Ptolemy (85–165 AD), indicating Alexandria along the Prime Meridian and making the isthmus of Suez and the Red Sea the boundary between Asia and Africa. As Europeans came to understand the real extent of the continent, the idea of "Africa" expanded with their knowledge.