Tsavo East the larger of the two, lies to the east of the Nairobi–Mombasa road, equidistant between Nairobi and Mombasa, and offers a vast and untapped arena of arid bush which is washed by azure and emerald meandering of Galana River. Guarded by the limitless lava reaches of Yatta plateau and patrolled by some of the largest elephant herds in Kenya

Situated in a semi-arid area previously known as the Taru Desert it opened in April 1948, and is located near the town of Voi in the Taita-Taveta County of the former Coast Province. The park is divided into east and west sections by the A109 road and a railway. Named for the Tsavo River, which flows west to east through the national park, it borders the Chyulu Hills National Park, and the Mkomazi Game Reserve in Tanzania.

Inside Tsavo East National Park, the Athi and Tsavo rivers converge to form the Galana River. Most of the park consists of semi-arid grasslands and Savannah. It is considered one of the world's biodiversity strongholds, and its popularity is mostly due to the vast amounts of diverse wildlife that can be seen, including the famous 'big five' consisting of lion, black rhino, cape buffalo, elephant and leopard. The park is also home to a great variety of bird life such as the black kite, crowned crane, lovebird and the sacred ibis. Tsavo East National Park is generally flat, with dry plains across which the Galana River flows. Other features include the Yatta Plateau and Lugard Falls

Over 500 bird species have been recorded in the area, including ostriches, kestrels, buzzards, starlings, weaver birds, kingfishers, hornbills, secretary birds and herons. 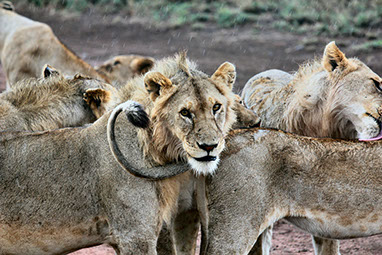 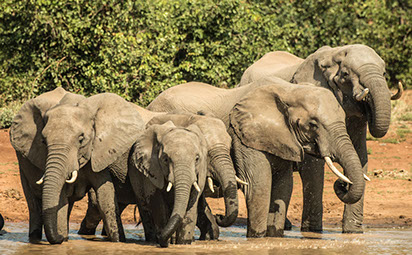