What is an African Lion?

The lion is a species in the family Felidae; it is a muscular, deep-chested cat with a short, rounded head, a reduced neck and round ears, and a hairy tuft at the end of its tail. It is sexually dimorphic; adult male lions have a prominent mane, which is the most recognisable feature of the species. With a typical head-to-body length of 184–208 cm (72–82 in) they are larger than females at 160–184 cm (63–72 in). It is a social species, forming groups called prides. A lion pride consists of a few adult males, related females and cubs. Groups of female lions usually hunt together, preying mostly on large ungulates. The lion is an apex and keystone predator, although some lions scavenge when opportunities occur, and have been known to hunt humans, although the species typically does not.

Several large and well-managed protected areas in Africa host large lion populations. Where an infrastructure for wildlife tourism has been developed, cash revenue for park management and local communities is a strong incentive for lion conservation. Most lions now live in East and Southern Africa; their numbers are rapidly decreasing, and fell by an estimated 30–50% in the late half of the 20th century.

African lions face a variety of threats most of which can be attributed to humans. Fearing that lions will prey on their livestock, which can be a significant financial blow, ranchers may kill the animals both in retaliation and as a preventative measure, sometimes using pesticides as poison. 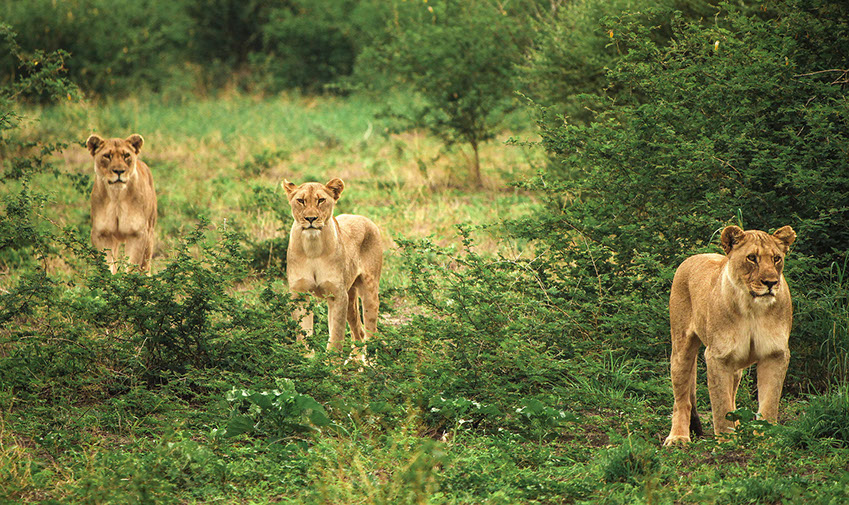 Where do African Lion Live?

The African lions inhabits grasslands and savannas in Africa, but is absent in dense forests. It is usually more diurnal than other big cats, but when persecuted it adapts to being active at night and at twilight. In the Pleistocene, the lion ranged throughout Africa. Several large and well-managed protected areas in Africa host large lion populations. Where an infrastructure for wildlife tourism has been developed, cash revenue for park management and local communities is a strong incentive for lion conservation.

What are the Behaviours of African Lion?

Lions are the only cats that live in groups, which are called prides though there is one population of solitary lions. Prides are family units that may comprise anywhere from two to 40 lions including up to to three or four males, a dozen or so females, and their young. All of a pride's lionesses are related, and female cubs typically stay with the group as they age. Young males eventually leave and establish their own prides by taking over a group headed by another male.

Males defend the pride's territory, marking the area with urine, roaring menacingly to warn intruders, and chasing off animals that encroach on their turf.

Female lions are the pride's primary hunters and leaders. They often work together to prey upon antelopes, zebras, wildebeest, and other large animals of the open grasslands. Many of these animals are faster than lions, so teamwork pays off. Female lions also raise their cubs communally.

After the hunt, the group effort often degenerates to squabbling over the sharing of the kill, with cubs at the bottom of the pecking order. Young lions do not help to hunt until they are about a year old. Lions will hunt alone if the opportunity presents itself, and they also steal kills from hyenas or wild dogs. 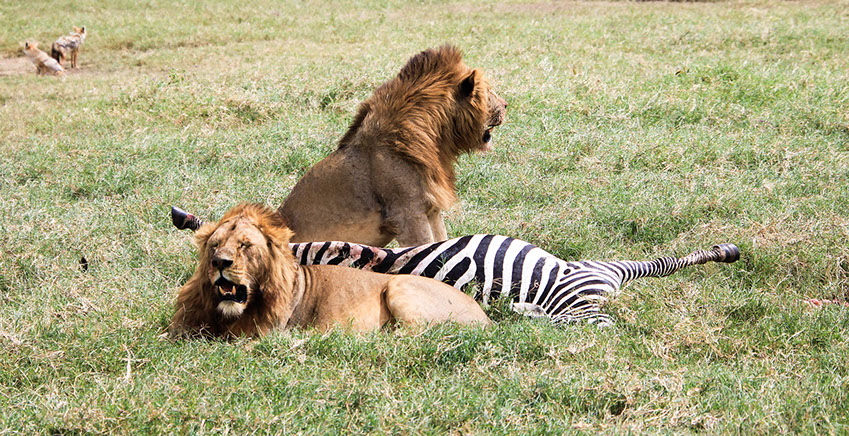 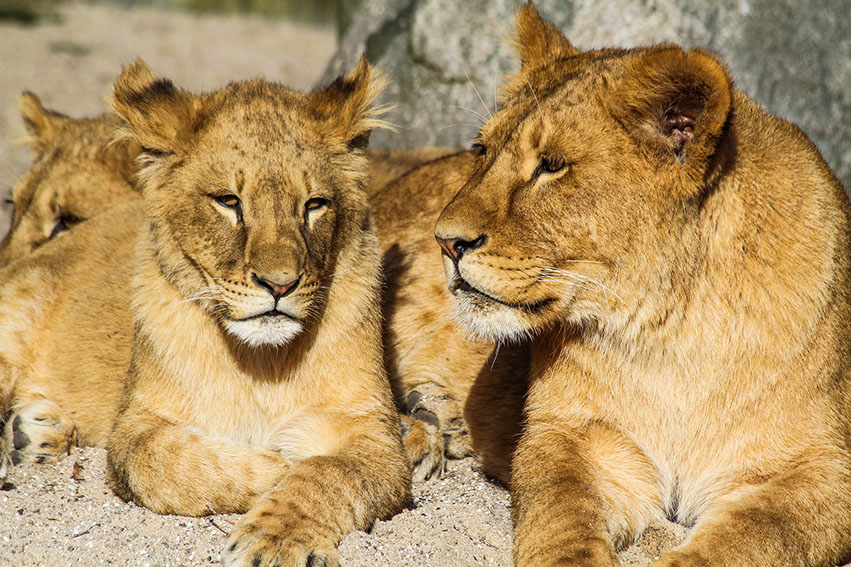