Fez is a famous city destination in Morocco for being home to the world's oldest university (Qarawiyyin University), dating to 859, and the world's oldest continuously-operating library, dating to 1359. It has an ancient World Heritage listed walled city, which many compare to the walled city of Jerusalem. Fez is the medieval capital of Morocco, and a great city of high Islamic civilization. Fez has the best-preserved old city in the Arab world, the sprawling, labyrinthine medina of Fes el-Bali, which is incidentally also the world's largest car-free urban zone. Transport of goods is provided by donkeys, carriages, and motorbikes.

Fez or Fes is a city in northern inland Morocco and the capital of the Fès-Meknès administrative region. It is the second largest city in Morocco after Casablanca, with a population of 1.22 million (2020). Located to the northeast of the Atlas Mountains, Fez is situated at a crossroad connecting the important cities of different regions; 206 km (128 mi) from Tangier to the northwest, 246 km (153 mi) from Casablanca, 189 km (117 mi) from Rabat to the west, and 387 km (240 mi) from Marrakesh to the southwest which leads to the Trans-Saharan trade route. It is surrounded by hills and the old city is centered around the Fez River (Oued Fes) flowing from west to east.

The city was first founded in 789 as Madinat Fas on the southeast bank of the Jawhar River (now known as the Fez River) by Idris I, founder of the Idrisid dynasty. His son, Idris II, built a settlement called Al-'Aliya on the opposing river bank in 809 and moved his capital here from Walili (Volubilis). These settlements (Madinat Fas and Al-'Aliya) would soon develop into two walled and largely autonomous sites, often in conflict with one another. The early population was composed mostly of Berbers, along with hundreds of Arab warriors from Kairouan who made up Idris II's entourage.

Arab emigration to Fez increased afterwards, including Andalusi families of mixed Arab and Iberian descent who were expelled from Córdoba in 817–818 after a rebellion against the Al-Hakam I as well as Arab families banned from Kairouan (modern Tunisia) after another rebellion in 824. Upon the death of Idris II in 828, the dynasty's territory was divided among his sons. The eldest, Muhammad, received Fez, but some of his brothers attempted to break away from his leadership, resulting in an internecine conflict. Although the Idrisid realm was eventually reunified and enjoyed a period of peace under Ali ibn Muhammad and Yahya ibn Muhammad, it fell into decline again in the late 9th century. According to one of the major early sources on this period, the Rawd al-Qirtas by Ibn Abi Zar, in this period the Al-Qarawiyyin Mosque was founded in 859 by Fatima al-Fihri, the daughter of a wealthy merchant.

The city is divided between its historic medina (the two walled districts of Fes el-Bali and Fes el-Jdid) and the now much large Ville Nouvelle (New City) along with several outlying modern neighbourhoods. The old city is located in a valley along the banks of the Oued Fes (Fez River) just above its confluence with the larger Sebou River to the northeast. The Fez River takes its sources from the south and west and is split into various small canals which provide the historic city with water. These in turn empty into the Oued Bou Khareb, the stretch of the river which passes through the middle of Fes el-Bali and separates the Qarawiyyin quarter from the Andalusian quarter. The new city occupies a plateau on the edge of the Saïs plain. The latter stretches out to the west and south and is occupied largely by farmland. Roughly 15 km south of Fes el-Bali is the region's main airport, Fes-Saïs. Further south is the town of Sefrou, while the city of Meknes, the next largest city in the region, is located to the southwest.

Located by the Atlas Mountains, Fez has a hot-summer Mediterranean climate with a strong continental influence, shifting from relatively cool and wet in the winter to dry and hot days in the summer months between June and September. Rainfall can reach up to 800 mm (31 in) in good years. The winter highs typically reach around 15 °C (59 °F) in December–January. Frost is not uncommon during the winter period. The highest and lowest temperatures ever recorded in the city are 46.7 °C (116 °F) and −8.2 °C (17 °F), Snowfall on average occurs once every 3 to 5 years.

One of the easiest ways to get around Fez is to use the red taxis to take you to the nearest gate (bab) and then walk from there until you get your bearings. Gates are all around the city and taxis are cheap.

There are several well-marked trails through the city: follow the green (Andalusian palaces and gardens), orange (walls and fortifications), or blue signs and you will not get lost in all the narrow twisting streets.

Within Fez, ride in the petits taxis (local taxis). However, the medina of Fes el-Bali is only accessible from a few points by car. Bab Boujeloud and nearby Place Batha are popular drop-off points, as is Place R'cif; for parking there is spaces at Ain Zleten on the northeast edge of the medina. Another open air parking is situated near Hotel Batha.

One of the most fascinating activities to do in Fez is a trip in the medina (Old City). The medina is so complex to navigate that sometimes it is easier to simply lose yourself in the hustle and bustle of the various markets, and find your way out once you have had enough of all the sights, sounds, and smells that will overwhelm your senses. 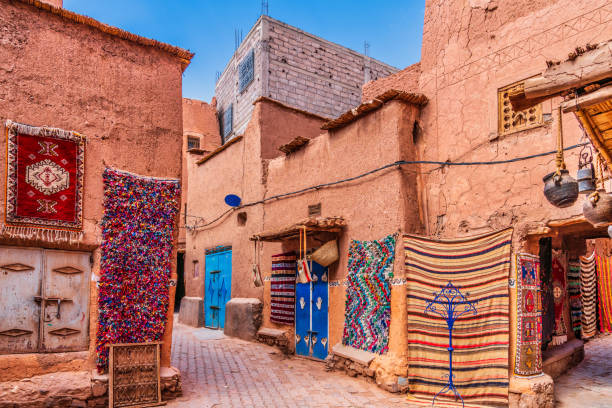 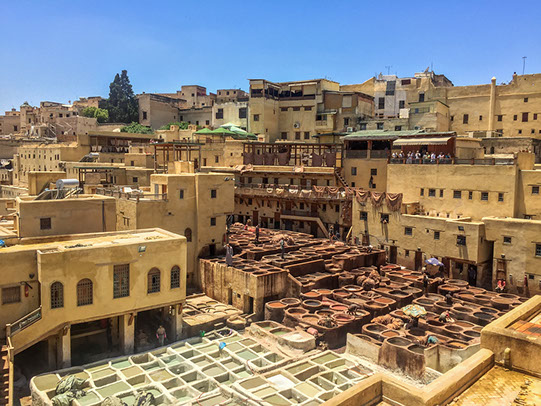 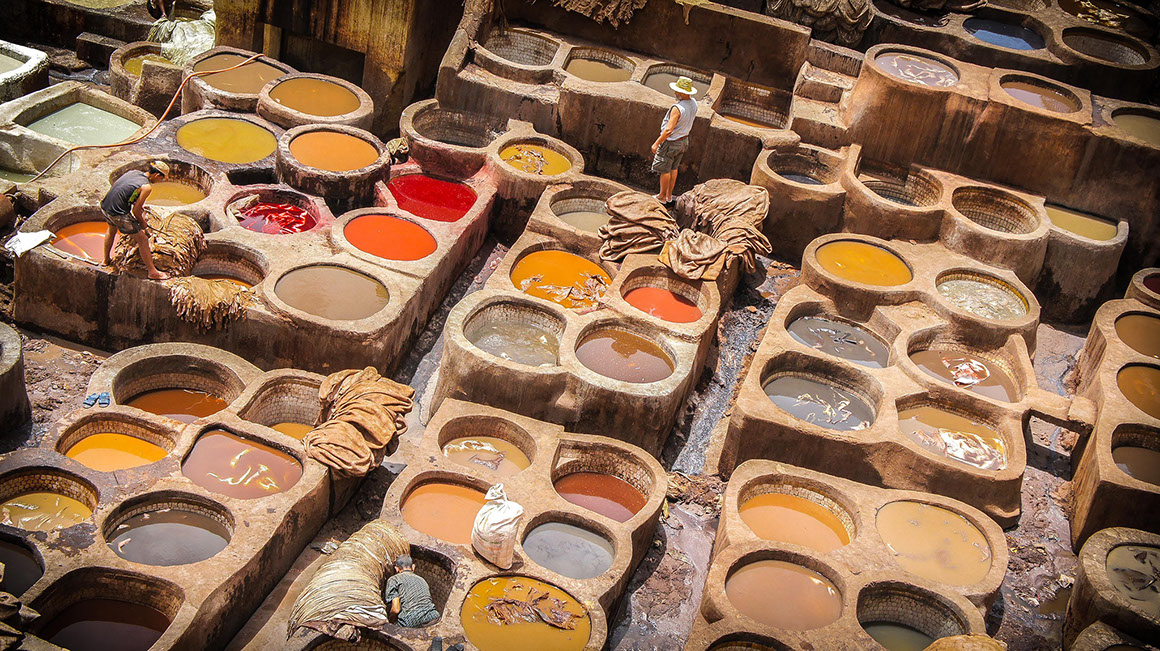