Volcanoes National Park in Rwanda, is an extraordinary tourism destination, full of impressive tropical rainforest and volcanic scenery, trekking, and one of the few best places in the world to see the mountain gorillas. Volcanoes National Park is situated in the far north-west of Rwanda, with a rich mosaic of montane ecosystems, which embrace evergreen and bamboo forest, open grassland, swamp and heath.

Volcanoes National Park is a national park in northwestern Rwanda. It covers 160 km2 (62 sq mi) of rainforest and encompasses five of the eight volcanoes in the Virunga Mountains, namely Karisimbi, Bisoke, Muhabura, Gahinga and Sabyinyo. It borders Virunga National Park in the Democratic Republic of Congo and Mgahinga Gorilla National Park in Uganda. It is home to the mountain gorilla and the golden monkey.

The park was first gazetted in 1925, as a small area bounded by Karisimbi, Bisoke and Mikeno, intended to protect the gorillas from poachers. It was the very first National Park to be created in Africa. Subsequently, in 1929, the borders of the park were extended further into Rwanda and into the Belgian Congo, to form the Albert National Park, a huge area of 8090 km2, run by the Belgian colonial authorities who were in charge of both colonies.

The park later became the base for the American naturalist Dian Fossey to carry out her research into the gorillas. She arrived in 1967 and set up the Karisoke Research Centre between Karisimbi and Visoke. From then on she spent most of her time in the park, and is widely credited with saving the gorillas from extinction by bringing their plight to the attention of the international community. She was murdered by unknown assailants at her home in 1985, a crime often attributed to the poachers she had spent her life fighting against. Fossey's life later was portrayed on the big screen in the film Gorillas in the Mist, named after her autobiography. She is buried in the park in a grave close to the research center, and amongst the gorillas which became her life.

Getting Around: Volcanoes National Park

Trekking through the Virunga forests of Rwanda requires some basic equipment to ensure you can transport sufficient liquids, protect yourself from the flora and fauna and can safely navigate the terrain.

What to See: Volcanoes National Park

Things to do While at Volcanoes National Park:

Where to Stay while at Volcanoes National Park 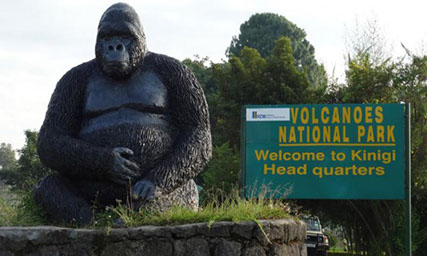 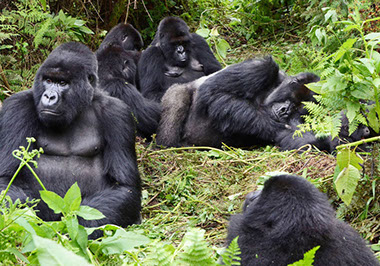