What is a Flamingo?

The Lesser flamingo is the smallest of all flamingos native to Africa and are have the largest number of population among the Flamingo species. They have a bill of deep red, tipped with black. The wings are narrow and the primary and secondary flight feathers are black, and their wing coverts are red. They posses the "hallux" or hind toe that some other flamingos do not have. Their eyes are orange to yellow, surrounded by a ring of maroon. Males are a little taller than females. The feathers of juvenile are brown and they have a dark gray beak.

The lesser flamingo is the smallest species of flamingo, though it is a tall and large bird by most standards. The species can weigh from 1.2 to 2.7 kg (2.6 to 6.0 lb). The standing height is around 80 to 90 cm (31 to 35 in). The total length (from beak to tail) and wingspan are in the same range of measurements, from 90 to 105 cm (35 to 41 in). Most of the plumage is pinkish white. The clearest difference between this species and the greater flamingo, the only other Old World species of flamingo, is the much more extensive black on the bill. Size is less helpful unless the species are together, since the sexes of each species also differ in height.

The lesser flamingo may be the most numerous species of flamingo, with a population that (at its peak) probably numbered up to two million individual birds. This species feeds primarily on Spirulina, algae which grow only in very alkaline lakes. Presence of flamingo groups near water bodies is indication of sodic alkaline water which is not suitable for irrigation use. Although blue-green in colour, the algae contain the photosynthetic pigments that give the birds their pink colour. Their deep bill is specialised for filtering tiny food items. 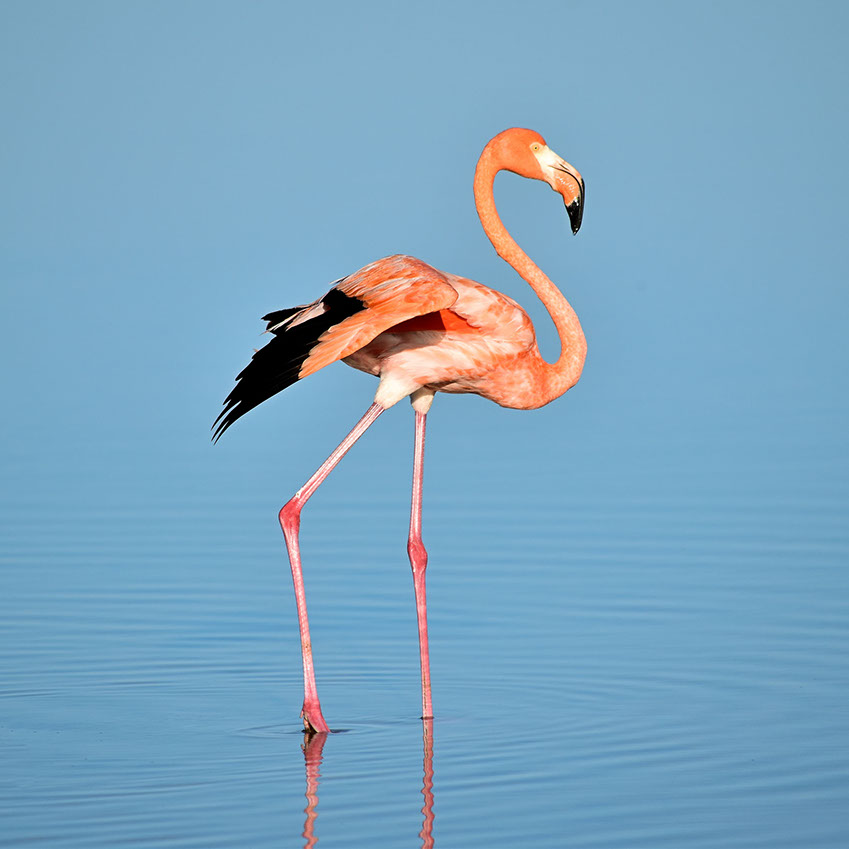 Where do Flamingo Live? 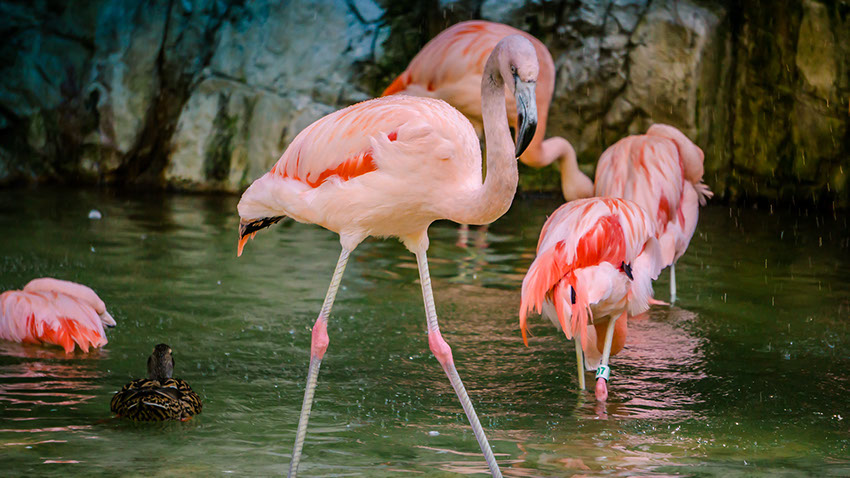 What are the Behaviours of Flamingo?

Flamingos do not migrate and they live in big colonies with sometimes more than 1 million birds. They are mostly active at night. They fly between water bodies in large, V-shaped formations when food sources have become depleted. Even when food is plentiful, flocks may sometimes fly between water sources during the day. Lesser flamingos have no sense of smell and not much sense of taste. Eyesight is important for group activities. They flash their wing's back feathers to communicate. Hearing also plays an important role for communication both between adults and for chicks and parents. The adults are able to identify their offspring through its sounds. These birds often form subgroups within larger groups.

Flamingos are serially monogamous and the pair tends to remain together while they are able to produce young. They breed in colonies that number thousands of birds. Mating season usually starting in the last quarter, from October to December. Both parents build a nest of mud as high as 30 cm to keep it cool and protect it from flooding.

The female lays one egg, and incubation lasts about 28 days, carried out in 24-hour shifts by both parents. After the chick hatches it is fed "crop milk", a substance which comes from the adult bird's upper digestive tract. Chicks must learn to recognize the call of their parents. At 6 days old, chicks join a crèche with thousands of other chicks. It learns to run at the age of one week, grows feathers at four weeks olds, and learns to fly when 12 weeks old. 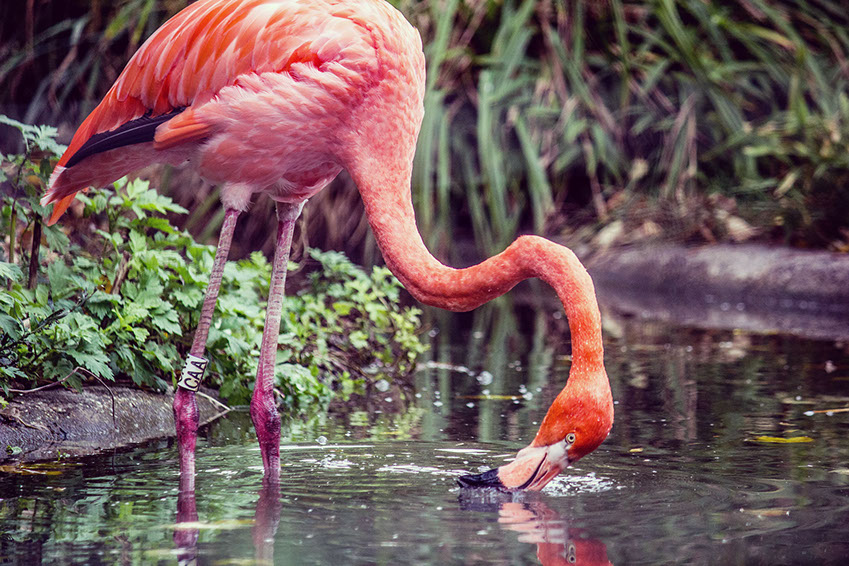 What do Flamingo eat?