What is a Buffalo?

The African buffalo or Cape buffalo (Syncerus caffer) is a large Sub-Saharan African bovine. The Cape buffalo, is the typical subspecies, and the largest one, found in Southern and East Africa. S. c. nanus (African forest buffalo) is the smallest subspecies, common in forest areas of Central and West Africa, while S. c. brachyceros is in West Africa and S. c. aequinoctialis is in the savannas of East Africa. Both males and females have heavy, ridged horns that grow straight out from the head or curve downward and then up. The horns are formidable weapons against predators and are used when jostling for space within the herd; males use the horns in fights for dominance. The adult buffalo's horns are its characteristic feature: they have fused bases, forming a continuous bone shield across the top of the head referred to as a "boss". They are widely regarded as among the most dangerous animals on the African continent, and according to some estimates they gore, trample, and kill over 200 people every year.

Buffalo are considered one of the “big five,” a term grouping them with leopards, rhinoceroses, elephants, and lions as the most dangerous animals to hunt in Africa. Hunting websites refer to the buffalo as “black death” for its dangerous personality—they’re known to be grumpy and unpredictable. And they can run up to 37 miles per hour. Because of this, they’re considered prize trophies by big game hunters. 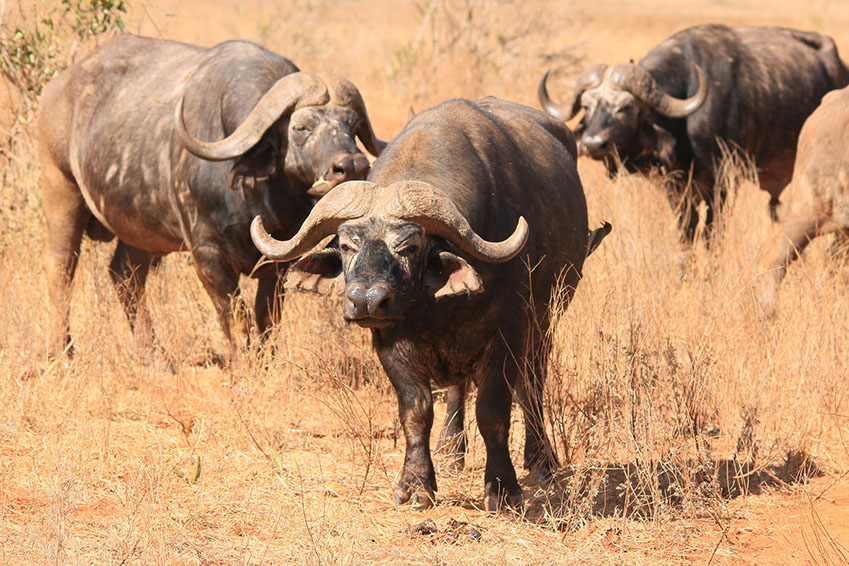 Where do Buffalo Live?

Buffalo are hardy critters, able to live and flourish in many habitats from semi-arid bushland to coastal savannas to lowland rainforests as long as they’re close to a water source. African Buffalo habitats are found starting in southwest Ethiopia and through Kenya, Uganda, Rwanda, Tanzania, Zambia, and Malawi, with patchier distribution through Angola, Mozambique, and Swaziland. They’re also present in South Africa, and along the southwest coast in countries like the west African countries of Guinea, Sierra Leone, Liberia, Ivory Coast, Ghana, Benin and the southern part of Burkina Faso. They inhabit a wide range of habitats, including semi-arid bushland and montane grasslands to coastal savannas and lowland rainforests as long as they are close to a water source. In general, they are distributed throughout sub-Saharan Africa and are found throughout the northern and southern savanna as well as the lowland rainforest.

What are the Behaviours of African Buffalo?

Buffalo live in herds of a few hundred but have been known to congregate in thousands in the Serengeti in Tanzania, in Uganda, Kenya, Zambia, Malawi and South Africa during the rainy season. Congregating in large herds is one of their many anti-predator adaptations. Large herds decrease the possibility of any individual being singled out by lions. The females and their offspring make up the bulk of the herd. Males may spend much of their time in bachelor groups. These groups are of two types, those that contain males from 4 to 7 years old and those that have males 12 years and older. The older bulls often prefer to be on their own.

Their sight and hearing are both rather poor, but their scent is well developed in African buffalos. They also seem to have a relatively difficult time regulating body temperature, the reason why they feed mostly at night. Although they are quiet for the most part, the animals do communicate. In mating seasons they grunt and emit hoarse bellows, and a calf in danger will bellow mournfully, bringing herd members running at a gallop to defend it. 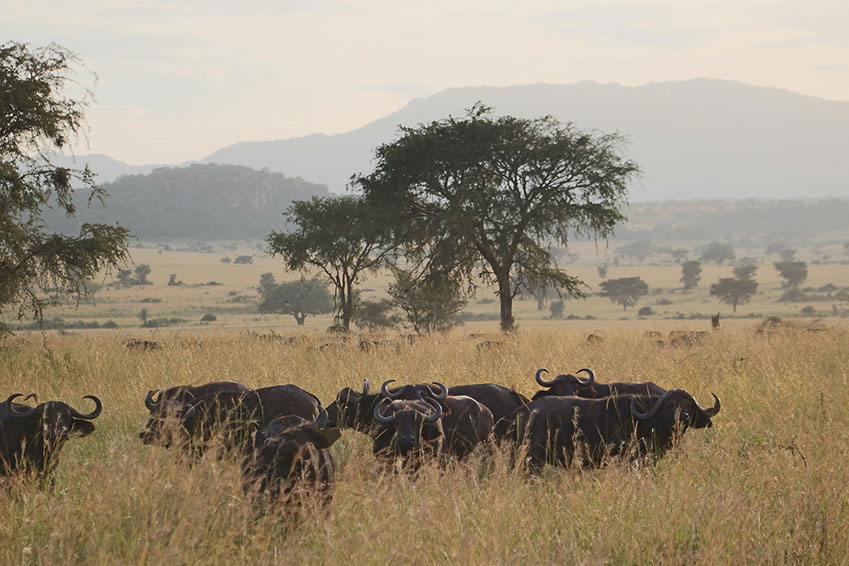 What do Buffalo eat?

Buffalo Food sources play more of an important role than predation in regulating population numbers. Without fresh green feed, buffaloes deteriorate rapidly. They devote a large portion of their time to grazing and feeding. After grazing on grass, just like cows, they spend time chewing their cud (or bolus) to extract even more nutrients from their food. 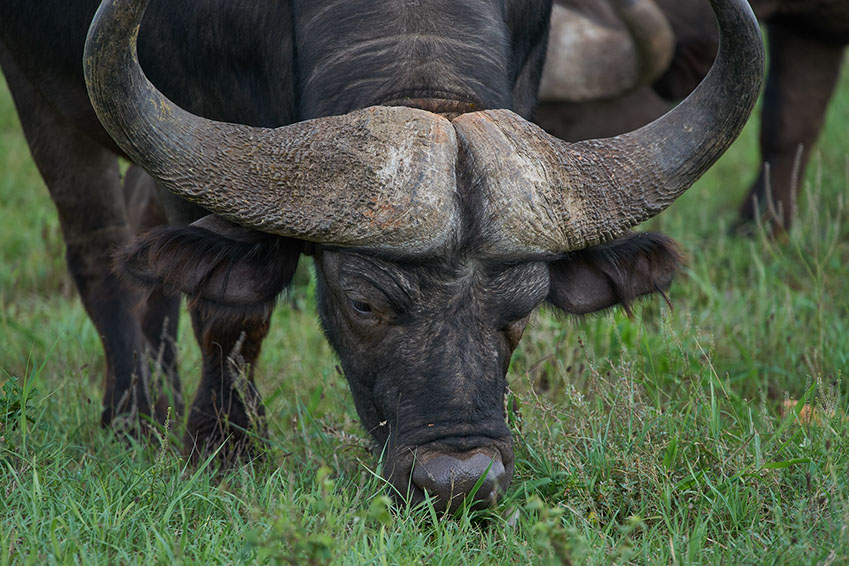