Casablanca is the largest city of Morocco. Located in the central-western part of Morocco bordering the Atlantic Ocean, it is the second largest city in the Maghreb region and the eighth-largest in the Arab world. Casablanca is Morocco's chief port and one of the largest financial centers in Africa. According to the 2019 population estimate, the city has a population of about 3.71 million in the urban area and over 4.27 million in the Greater Casablanca. Casablanca is considered the economic and business center of Morocco, although the national political capital is Rabat.

The leading Moroccan companies and many international corporations doing business in the country have their headquarters and main industrial facilities in Casablanca. Recent industrial statistics show Casablanca holds its recorded position as the primary industrial zone of the nation. The Port of Casablanca is one of the largest artificial ports in the world, and the second largest port of North Africa, after Tanger-Med 40 km (25 mi) east of Tangier.

The modern city of Casablanca was founded by Berber fishermen in the 10th century BCE, and was used by the Phoenicians, Romans, and the Merenids as a strategic port called Anfa. The Portuguese destroyed it and rebuilt it under the name Casa Branca, only to abandon it after an earthquake in 1755. The Moroccan sultan rebuilt the city as Daru l-Badya and it was given the name Casablanca by Spanish traders who established trading bases there. The French occupied the city in 1907, establishing it as a protectorate in 1912 and starting construction of the ville nouvelle, however it gained independence with the rest of the country in 1956.

Casablanca is located on the Atlantic coast of the Chaouia Plains, which have historically been the breadbasket of Morocco. Apart from the Atlantic coast, the Bouskoura forest is the only natural attraction in the city. The forest was planted in the 20th century and consists mostly of eucalyptus, palm, and pine trees. It is located halfway to the city's international airport.

The only watercourse in Casablanca is oued Bouskoura, a small seasonal creek that until 1912 reached the Atlantic Ocean near the actual port. Most of oued Bouskoura's bed has been covered due to urbanization and only the part south of El Jadida road can now be seen. The closest permanent river to Casablanca is Oum Rabia, 70 km (43.50 mi) to the south-east.

Casablanca has a hot-summer Mediterranean climate. The cool Canary Current off the Atlantic coast moderates temperature variation, which results in a climate remarkably similar to that of coastal Los Angeles, with similar temperature ranges. The city has an annual average of 72 days with significant precipitation, which amounts to 412 mm (16.2 in) per year. The highest and lowest temperatures ever recorded in the city are 40.5 °C (104.9 °F) and −2.7 °C (27.1 °F), respectively

Here how you can get in Casablanca;

Casablanca is like any other European city: the streets (mostly) have signs, and passersby are extremely helpful in French or Arabic and, more rarely, Spanish or English. 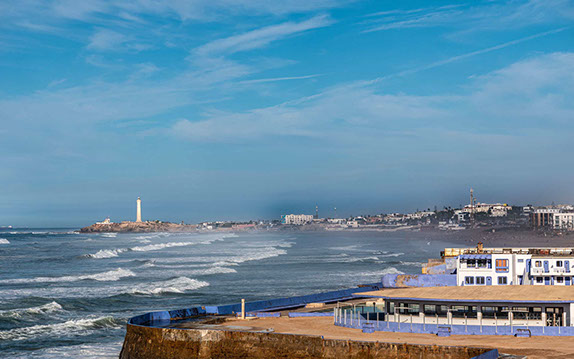 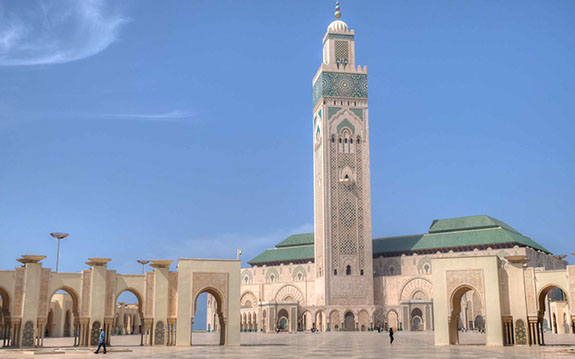 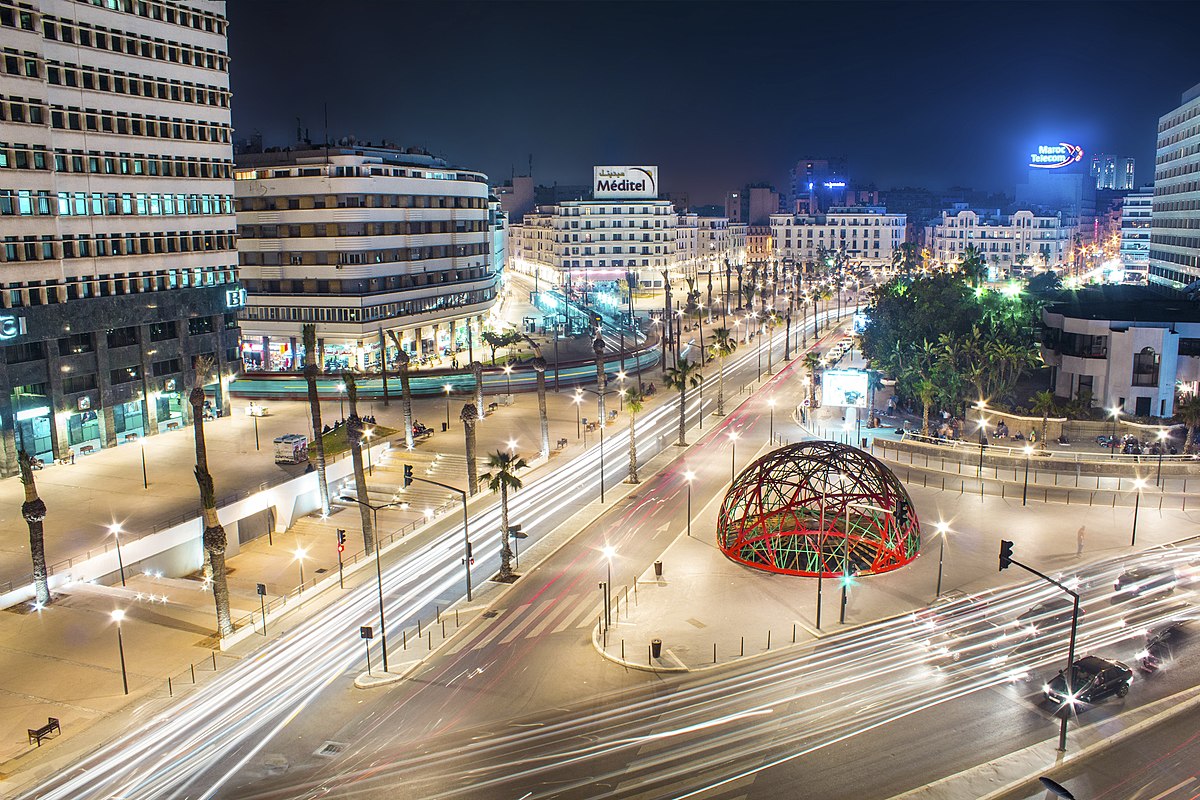