Chefchaouen is a gorgeous mountain city in north eastern Morocco. Chefchaouen is the embodiment of almost every Moroccan cliché. The picturesque medina, set against the dramatic backdrop of the Rif Mountains, is filled with white-washed homes with distinctive, powder-blue accents, and the call to prayer rings out of several mosques around the town in chorus.

Chefchaouen also known as Chaouen, is a city in northwest Morocco. It is the chief town of the province of the same name, and is noted for its buildings in shades of blue. Chefchaouen is situated just inland from Tangier and Tétouan.

Chefchaouen or Chaouen, as it is often called by Moroccans is a popular tourist destination because of its proximity to Tangier and the Spanish enclave of Ceuta. There are approximately two hundred hotels catering to the summer influx of European tourists. One distinction possessed by Chefchaouen is its blue-rinsed houses and buildings. Chefchaouen is a popular shopping destination as well, as it offers many native handicrafts that are not available elsewhere in Morocco, such as wool garments and woven blankets. The goat cheese native to the area is also popular with tourists.

Chefchaouen's blue walls are a popular subject of interest. There are several theories as to why the walls were painted blue. One popular theory is that the blue keeps mosquitos away. The blue is said to symbolize the sky and heaven, and serve as a reminder to lead a spiritual life. However, according to some locals, the walls were mandated to be painted blue simply to attract tourists at some point in the 1970s.

The city was founded in 1471 as a small kasbah (fortress) by Moulay Ali ibn Rashid al-Alami, a descendant of Abd as-Salam al-Alami and Idris I, and through them, of the Islamic prophet Muhammad. Al-Alami founded the city to fight the Portuguese invasions of northern Morocco. Along with the Ghomara tribes of the region, many Moriscos and Jews settled here after the Spanish Reconquista in medieval times. After eight years of the creation of the Spanish Protectorate in Morocco the Spanish Army could effectively take Chaouen, when General Dámaso Berenguer occupied the city on 14 October 1920.

In September 1925, in the middle of the Rif War, a rogue squadron of American volunteer pilots, including veterans of World War I, bombarded civilians in Chaouen. Colonel Charles Sweeney had proposed the idea to French Prime Minister Paul Painlevé, who "warmly welcomed the Colonel's request."

Here how you can get in Chefchaouen;

On foot, Chefchaouen is compact and easily walkable. An this is what many people come here for.

By guide/tout, If you are looking for sports or peaceful hiking tours, Chefchaouen is the ideal starting point to branch out in the villages and the surrounding mountains of the Rif with a local guide who knows well the region.

By car, If you go to Chefchaouen by car, there are several small car parks on the perimeter of the ancient medina.

Things to do in Chefchaouen 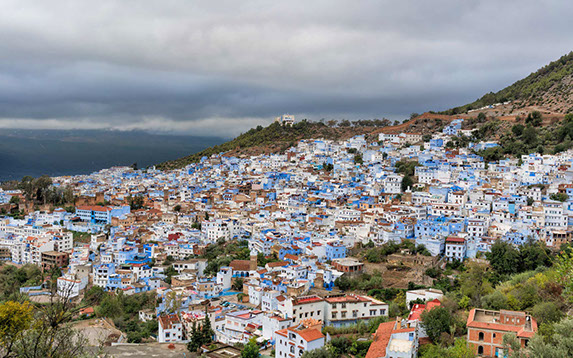 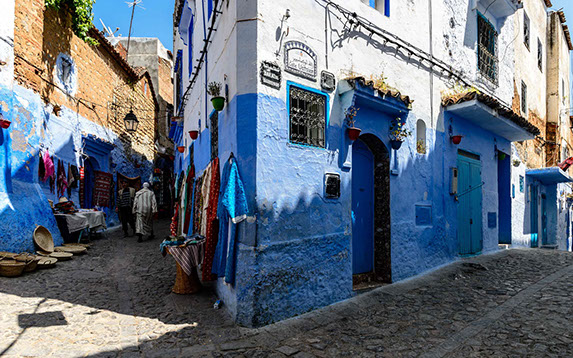 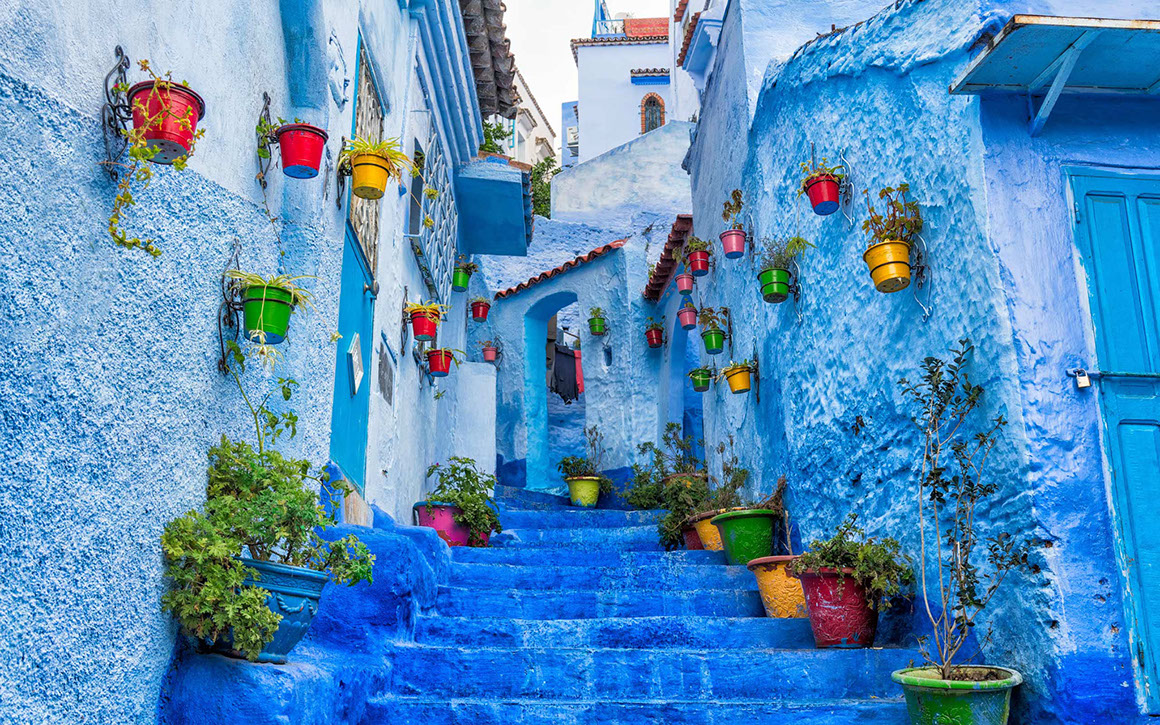