The Geography of Africa

The geography of Africa; Africa is a continent comprising 63 political territories, representing the largest of the great southward projections from the main mass of Earth's surface. Within its regular outline, it comprises an area of 30,368,609 km2 (11,725,385 sq mi), excluding adjacent islands. Its highest mountain is Mount Kilimanjaro, its largest lake is Lake Victoria. Africa is divided into a number of geographic physical zones; the Sahara (deserts), the coastal plains, the Savannah, the rain forest, the African Great Lakes.

Separated from Europe by the Mediterranean Sea and from much of Asia by the Red Sea, Africa is joined to Asia at its northeast extremity by the Isthmus of Suez (which is transected by the Suez Canal), 130 km (81 mi) wide. For geopolitical purposes, the Sinai Peninsula of Egypt east on the Suez Canal is often considered part of Africa. From the most northerly point, Ras ben Sakka in Tunisia, at 37°21′ N, to the more southerly point, Cape Agulhas in South Africa, 34°51′15″ S, is a distance approximately of 8,000 km (5,000 mi); from Cap-Vert, 17°31′13″W, the westernmost point, to Ras Hafun in the Somali Puntland region, in the Horn of Africa, 51°27′52″ E, the most easterly projection, is a distance (also approximately) of 7,400 km (4,600 mi).

The main structural lines of the continent show both the east-to-west direction characteristic, at least in the eastern hemisphere, of the more northern parts of the world, and the north to south direction seen in the southern peninsulas. Africa is thus mainly composed of two segments at right angles, the northern running from east to west, and the southern from north to south. 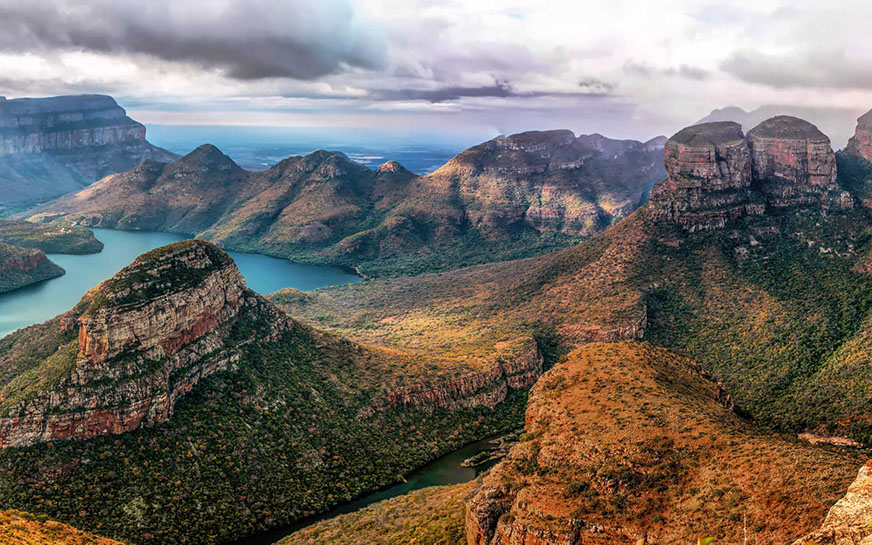 The average elevation of the continent approximates closely to 600 m (2,000 ft) above sea level, roughly near to the mean elevation of both North and South America, but considerably less than that of Asia, 950 m (3,120 ft). In contrast with other continents, it is marked by the comparatively small area of either very high or very low ground, lands under 180 m (590 ft) occupying an unusually small part of the surface; while not only are the highest elevations inferior to those of Asia or South America, but the area of land over 3,000 m (9,800 ft) is also quite insignificant, being represented almost entirely by individual peaks and mountain ranges. Moderately elevated tablelands are thus the characteristic feature of the continent, though the surface of these is broken by higher peaks and ridges.

As a general rule, the higher tablelands lie to the east and south, while a progressive diminution in altitude towards the west and north is observable. Apart from the lowlands and the Atlas mountain range, the continent may be divided into two regions of higher and lower plateaus, the dividing line (somewhat concave to the north-west) running from the middle of the Red Sea to about 6 deg. S. on the west coast.

Africa can be divided into a number of geographic zones: