What is a Nile Crocodile?

The Nile crocodile is a large crocodilian native to freshwater habitats in Africa. It is widely distributed throughout sub-Saharan Africa, occurring mostly in the central, eastern, and southern regions of the continent, and lives in different types of aquatic environments such as lakes, rivers, and marshlands. Although capable of living in saline environments, this species is rarely found in saltwater, but occasionally inhabits deltas and brackish lakes. The range of this species once stretched northward throughout the Nile, as far north as the Nile delta. On average, the adult male Nile crocodile is between 3.5 and 5 m (11.5 and 16.4 ft) in length and weighs 225 to 750 kg (500 to 1,650 lb).

The bite force exerted by an adult Nile crocodile has been shown by Brady Barr to measure 22 kN (5,000 lbf). However, the muscles responsible for opening the mouth are exceptionally weak, allowing a person to easily hold them shut, and even larger crocodiles can be brought under control by the use of duct tape to bind the jaws together. The broadest snouted modern crocodilians are alligators and larger caimans 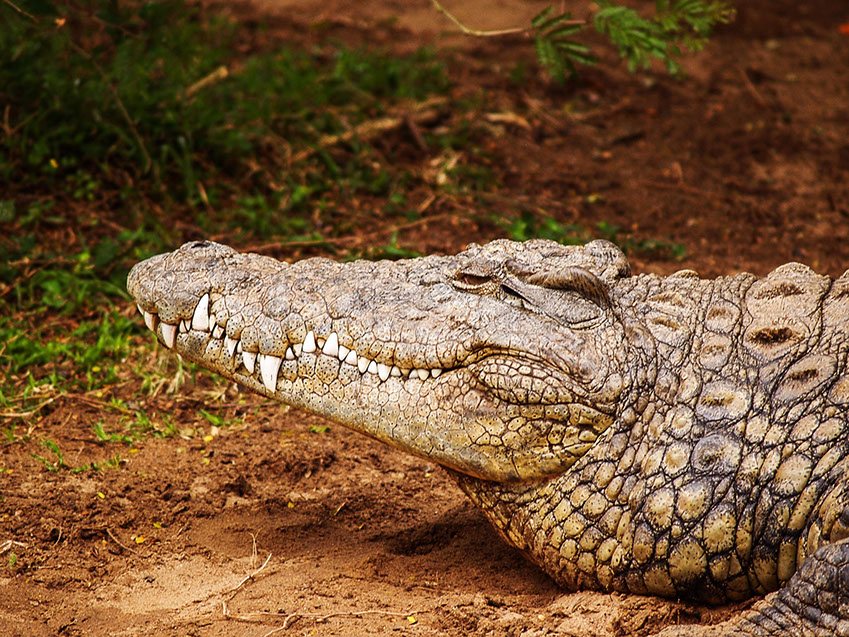 Where do Nile Crocodiles Live?

Additionally, the Nile crocodile is known from fossil remains to have once inhabited Lake Edward on the border between the Democratic Republic of the Congo and Uganda. They are thought to have become extinct in the Seychelles in the early 19th century (1810–1820). Today, Nile crocodiles are widely found in, among others, Somalia, Ethiopia, Uganda, Kenya, Egypt, the Central African Republic, the Democratic Republic of the Congo, Equatorial Guinea, Tanzania, Rwanda, Burundi, Zambia, Zimbabwe, Gabon, Angola, South Africa, Malawi, Mozambique, Namibia, Sudan, South Sudan, Botswana, and Cameroon. The Nile crocodile's current range of distribution extends from the regional tributaries of the Nile in Sudan and Lake Nasser in Egypt to the Cunene of Angola, the Okavango Delta of Botswana, and the Olifants River in South Africa.

Isolated populations also exist in Madagascar, which likely colonized the island after the extinction of voay. In Madagascar, crocodiles occur in the western and southern parts from Sambirano to Tôlanaro. They have been spotted in Zanzibar and the Comoros in modern times, but occur very rarely.

What are the Behaviours of Nile Crocodiles?

Nile crocodiles are relatively social crocodiles. They share basking spots and large food sources, such as schools of fish and big carcasses. Their strict hierarchy is determined by size. Large, old males are at the top of this hierarchy and have primary access to food and the best basking spots. Crocodiles tend to respect this order; when it is infringed, the results are often violent and sometimes fatal. Like most other reptiles, Nile crocodiles lay eggs; these are guarded by the females. The hatchlings are also protected for a period of time, but hunt by themselves and are not fed by the parents.

Nile crocodiles may be able to tolerate an extremely broad range of habitat types, including small brackish streams, fast-flowing rivers, swamps, dams, and tidal lakes and estuaries.[44] In East Africa, they are found mostly in rivers, lakes, marshes, and dams, favoring open, broad bodies of water over smaller ones.

Nile crocodiles are apex predators throughout their range. In the water, this species is an agile and rapid hunter relying on both movement and pressure sensors to catch any prey unfortunate enough to present itself inside or near the waterfront. Out of water, however, the Nile crocodile can only rely on its limbs, as it gallops on solid ground, to chase prey. No matter where they attack prey, this and other crocodilians take practically all of their food by ambush, needing to grab their prey in a matter of seconds to succeed.[10] They have an ectothermic metabolism, so can survive for long periods between meals—though when they do eat, they can eat up to half their body weight at a time 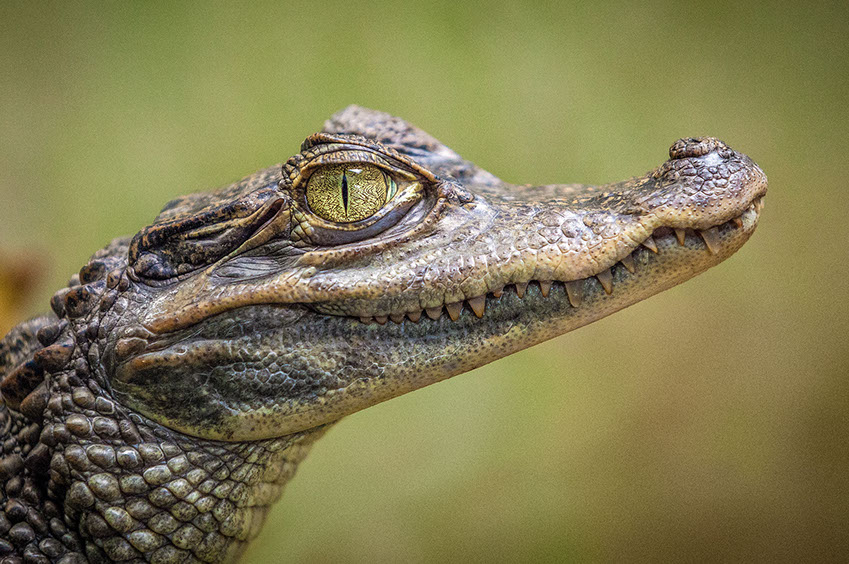 What do Nile Crocodiles eat?

Nile crocodiles are opportunistic apex predators; a very aggressive species of crocodile, they are capable of taking almost any animal within their range. They are generalists, taking a variety of prey. Their diet consists mostly of different species of fish, reptiles, birds, and mammals. They are ambush predators that can wait for hours, days, and even weeks for the suitable moment to attack. They are agile predators and wait for the opportunity for a prey item to come well within attack range. Even swift prey are not immune to attack. Like other crocodiles, Nile crocodiles have an extremely powerful bite that is unique among all animals, and sharp, conical teeth that sink into flesh, allowing for a grip that is almost impossible to loosen. They can apply high levels of force for extended periods of time, a great advantage for holding down large prey underwater to drown 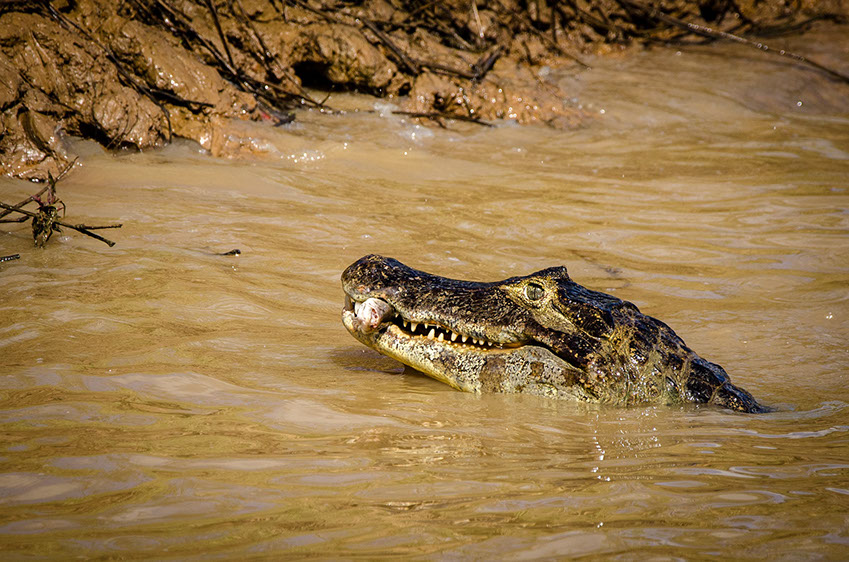