Garden Route National Park is South Africa's three in one must visit destination, stretching from Tsitsikamma to Knysna to Wilderness known for the Otter Trail; one of the most popular hiking trails in South Africa. Made up of three diverse protected areas, this national park is certainly worth visiting for the beautiful landscapes you will find. At Tsitsikamma, for example, there are amazing rocky coasts that form a dramatic border with the ocean and from the shore trails snake up the sand dunes and into the nearby forests. In this wet and fertile region, nature abounds as do a number of lovely lakes. Knysna Lakes are where you want to head to if you are looking for a great day out on the pristine and tranquil waters. Delightful paths follow the shores of the lakes and these make for some memorable hikes in the breathtaking scenery

The Garden Route National Park is a national park in the Garden Route region of the Western Cape and Eastern Cape provinces in South Africa. It is a coastal reserve well known for its indigenous forests, dramatic coastline, and the Otter Trail. It was established on 6 March 2009 by amalgamating the existing Tsitsikamma and Wilderness National Parks, the Knysna National Lake Area, and various other areas of state-owned land

Nature has blessed the Garden Route National Park (Tsitsikamma, Knysna and Wilderness Sections) with a pleasant, temperate climate; it is unique in Africa as the only area in which rainfall occurs throughout the year. And, to cap it all, most of our rain falls at night! It's the ideal climate for a visit - at any time of the year!

The Wilderness section is located around the seaside town of Wilderness between the larger towns of George, Sedgefield and Knysna, in the Western Cape. It stretches from the Touw River mouth to the Swartvlei estuary and beyond, where it links with the Goukamma Nature Reserve, giving protection to five lakes and the Serpentine, which is the winding strip of water joining Island Lake to the Touw River at the Ebb and Flow Rest Camp. This section of the park protects three major zones of indigenous forest, four types of fynbos (wild shrubs), plus various lakes and winding waterways. There are also a number of archaeologically significant sites.

The Tsitsikamma section of the park covers an 80 kilometres (50 miles) long stretch of coastline with Nature's Valley is at the western end of the park. The section is known for its indigenous forests, dramatic coastline, and the Otter Trail. The main accommodation is at Storms River Mouth. Near the park is the Bloukrans Bridge, the world's highest bridge bungee jump at 216 metres (709 ft)

How to get there: Garden Route National Park

Directions for the Wilderness Area:

Directions for the Krysna Area:

Directions for the Tsitsikamma Area:

There is a variety of fun and adventurous actvities as well as excellent facilities available at the Garden Route National Park ranging from hiking trails, nature walks and much more.

Garden Route National Park offers a variety of camp-run accommodation. Each camp has its own unique selection of accommodation types 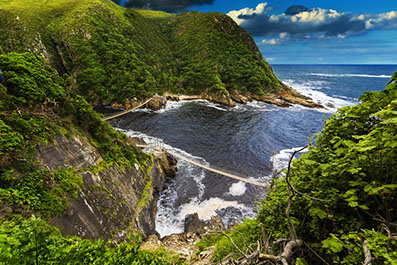 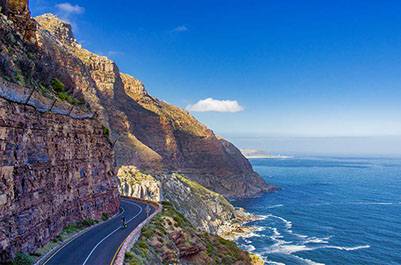