Rwanda, a land of a thousand hills and named the most safest country destination in Africa to Visit. Rwanda is an East African country, easily accessible from Kenya, Tanzania and Uganda. It is easy, safe and simple to travel around. Rwanda is not only the land of a thousand hills, but also a country rich in flora and fauna and stunning natural beauty in its scenic rolling and breathtaking green savannah. The country hosts some rare species of animals like the mountain gorillas as well as unique birds and insects in the tropical forest of Nyungwe.

Rwanda is a landlocked country in the Great Rift Valley where the African Great Lakes region and East Africa converge. One of the smallest countries on the African mainland, its capital city is Kigali. Located a few degrees south of the Equator, Rwanda is bordered by Uganda, Tanzania, Burundi, and the Democratic Republic of the Congo. It is highly elevated with its geography dominated by mountains in the west and savannah to the east, with numerous lakes throughout the country. The climate is temperate to subtropical, with two rainy seasons and two dry seasons each year. Rwanda has a population of over 12.6 million living on 26,338 km2 (10,169 mi2) of land, and is the most densely populated mainland African country.

Rwanda's developing economy suffered heavily in the wake of the 1994 genocide, but has since strengthened. The economy is based mostly on subsistence agriculture. Coffee and tea are the major cash crops for export. Tourism is a fast-growing sector and is now the country's leading foreign exchange earner. Rwanda is one of only two countries in which mountain gorillas can be visited safely, and visitors pay high prices for gorilla tracking permits

Rwanda is the world's 149th-largest country, and the fourth smallest on the African mainland after Gambia, Eswatini, and Djibouti. It is comparable in size to Burundi, Haiti and Albania. The entire country is at a high altitude: the lowest point is the Rusizi River at 950 metres (3,117 ft) above sea level. Rwanda is located in Central/Eastern Africa, and is bordered by the Democratic Republic of the Congo to the west, Uganda to the north, Tanzania to the east, and Burundi to the south. It lies a few degrees south of the equator and is landlocked. The capital, Kigali, is located near the centre of Rwanda

Although Rwanda is located only two degrees south of the equator, Rwanda's high elevation makes the climate temperate. The average daily temperature near Lake Kivu, at an altitude of 1,463 m (4,800 ft) is 22.8°C (73°F). During the two rainy seasons (Feb–May and Sep–Dec), heavy downpours occur almost daily, alternating with sunny weather. Annual rainfall averages 800 mm (31.5 in) but is generally heavier in the western and northwestern mountains than in the eastern savannahs.

Modern human settlement of what is now Rwanda dates from, at the latest, the last glacial period, either in the Neolithic period around 8000 BC, or in the long humid period which followed, up to around 3000 BC. Archaeological excavations have revealed evidence of sparse settlement by hunter-gatherers in the late Stone Age, followed by a larger population of early Iron Age settlers, who produced dimpled pottery and iron tools. These early inhabitants were the ancestors of the Twa, aboriginal pygmy hunter-gatherers who remain in Rwanda today. Between 700 BC and 1500 AD, a number of Bantu groups migrated into Rwanda, clearing forest land for agriculture. The forest-dwelling Twa lost much of their habitat and moved to the mountain slopes.

In 1990, the Rwandan Patriotic Front (RPF), a rebel group composed of nearly 500,000 Tutsi refugees, invaded northern Rwanda from their base in Uganda, initiating the Rwandan Civil War. The group condemned the Hutu-dominated government for failing to democratize and confront the problems facing these refugees. Neither side was able to gain a decisive advantage in the war, but by 1992 it had weakened Habyarimana's authority; mass demonstrations forced him into a coalition with the domestic opposition and eventually to sign the 1993 Arusha Accords with the RPF. The cease-fire ended on 6 April 1994 when Habyarimana's plane was shot down near Kigali Airport, killing him. The shooting down of the plane served as the catalyst for the Rwandan genocide, which began within a few hours. Over the course of approximately 100 days, between 500,000 and 1,000,000 Tutsi and politically moderate Hutu were killed in well-planned attacks on the orders of the interim government. Many Twa were also killed, despite not being directly targeted.

Rwanda has begun to recover from the genocide, and since the accession of Paul Kagame as president in 2000, Rwanda has adopted market-oriented reforms and emerged as one of the fastest growing economies in the world. 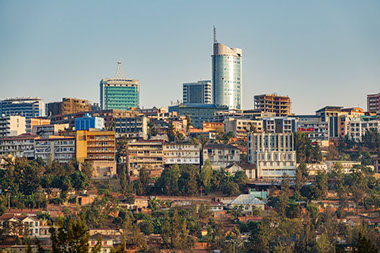 A passport is required to enter Rwanda though a certificate of vaccination is not required unless coming from a yellow fever endemic country. Citizens of Burundi, Kenya, South Sudan, Tanzania and Uganda can enter Rwanda visa-free for up to 6 months. Kenyan and Ugandan citizens may use an ID card in lieu of a passport to enter Rwanda. Benin, Central African Republic, Chad, Democratic Republic of Congo, Ghana, Guinea, Haiti, Indonesia, Mauritius, Philippines, Sao Tome and Principe, Senegal, Seychelles, Singapore citizens can also enter visa-free for 90 days.  Visitors from all countries who do not receive visa-free entry are now eligible for visa on arrival for $50 USD (as of Mar 2020). Payments for the visa may be made on arrival in both cash as well as credit card. Citizens of Common Market for Eastern and Southern Africa countries will receive visas valid for 90 days while other visitors will be granted visas valid for 30 days.

In addition to Kinyarwanda, Rwanda's three other official languages are English, French, and Swahili. While French was the former language of administration under Belgian colonial rule, since the civil war the Rwandan government has moved away from the Francophone sphere of influence and officially switched the primary language of education to English in 2008. As a result of this, older people who were educated in Rwanda tend to have some knowledge of French, while the younger generation will have better knowledge of English. Complicating this is the large number of returned refugees who were educated in neighboring countries. Those educated in nearby Anglophone countries (Uganda, Tanzania, Kenya) tend to know English while those educated in the Democratic Republic of Congo or Burundi will know French. Swahili was made an additional official language in 2015 and a required subject in the school curriculum as a result of its membership within the East African Community. Swahili is also widely spoken among traders and returned refugees from Kenya, Tanzania, and the Democratic Republic of Congo. 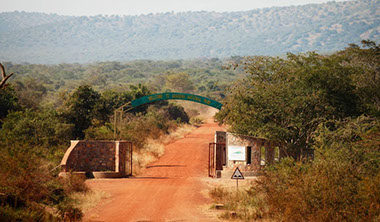 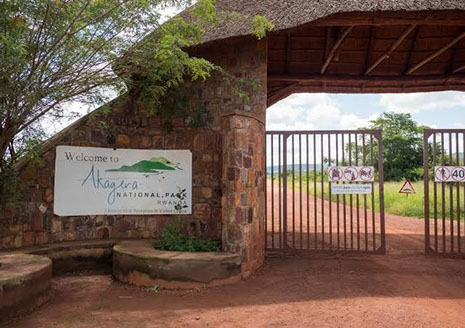 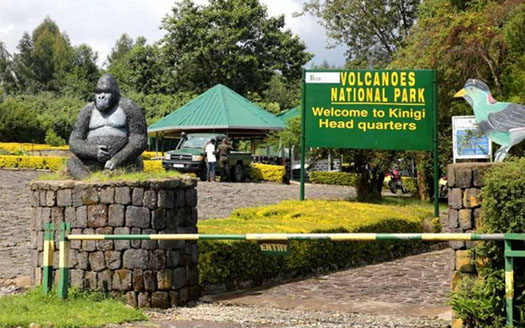 Nice hotels can be found in Kigali, the most famous of which is the "Hotel des Milles Collines", as featured in the film Hotel Rwanda. Film buffs hoping to stay in the film set will be disappointed though, as the film was produced in South Africa. The hotel is now open after extensive renovation. 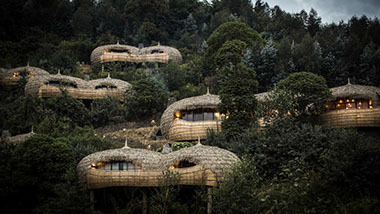 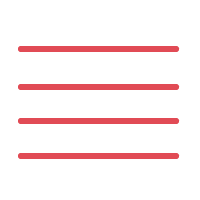