Kampala, the City of Seven Hills, is the capital city of Uganda and is, by a very large margin, the largest city in the country. Kampala has been ranked the best city to live in East Africa ahead of Nairobi and Kigali by Mercer, a global development consulting agency based in New York City. Secondary to it, is Jinja to the east and Entebbe to the south. Kampala is in the south central part of Uganda, near the northern shores of Lake Victoria.

Kampala is the capital and largest city of Uganda. The city proper was estimated to have a population of 1,650,800 people on 31 July 2019 and is divided into the five boroughs of Kampala Central Division, Kawempe Division, Makindye Division, Nakawa Division, and Rubaga Division. Kampala is reported to be among the fastest-growing cities in Africa, with an annual population growth rate of 4.03 percent, by City Mayors.

Kampala originally referred to only the present-day Old Kampala hill, on whose summit Fort Lugard was located, and the initial headquarters of the British colonialists in the soon to be Uganda Protectorate. Before the British construction and occupation of Fort Lugard, the hill was a hunting reserve of the Kabaka (King) of Buganda and had several species of antelope, especially the impala. As a result, when the British colonial agents were allocated this hill by the then Kabaka (King) of Buganda, they referred to it as "The Hill of the Impala".

The City of Kampala covers a total area of 189 km2 (73 square miles), comprising 176 km2 (68 square miles) of land and 13 km2 (5.0 square miles) of water. Kampala is a hilly place with its valleys filled with sluggish rivers/ swamps. The highest point in the city proper is the summit of Kololo hill at 1,311 metres (4,301 ft), located in the center of the city and the lowest point at the shores of Lake Victoria south of the city center at altitude of 1,135 metres (3,724 ft).

Kampala has a tropical rainforest climate under the Köppen-Geiger climate classification system. A facet of Kampala's weather is that it features two annual wetter seasons. While the city does not have a true dry season month, it experiences heavier precipitation from August to December and from February to June. However, it's between February and June that Kampala sees substantially heavier rainfall per month, with April typically seeing the heaviest amount of precipitation at an average of around 169 millimetres (6.7 in) of rain.

This area of numerous hills and swamps that later become known as Kampala was part of the core of the highly centralized Buganda Kingdom. It was also the site of the shifting Kibuga (capital) of the different Bassekabaka (kings) of the Buganda Kingdom with each Kabaka (king) upon coronation or subsequently during their reign setting up their Kibuga (capital) on a new and or different hill as they wished or desired. The first written description of this Kibuga (capital) was by the explorer Richard Francis Burton in his book, The Lake Region of East Africa published in 1860. In the book, Burton relying on the information collected by Snay Bin Amir, an Arab trader, described the Kibuga as…the settlement is not less than a day’s journey in length, the buildings are of cane and rattan. The sultan's (Kabaka) palace is at least a mile long and the circular huts neatly arranged in a line are surrounded by a strong fence which has only four gates. In 1862, when explorer John Speke arrived in Buganda, the Kibuga (capital) was at Bandabarogo, present-day Banda Hill, and the reigning Kabaka (King) was Mutesa I. In 1875, explorer Henry Morton Stanley reported the capital as being at present-day Lubaga Hill where he met the same Kabaka Mutesa I. During this visit, Henry Stanley Morton wrote a letter that was published in the Daily Telegraphy, inviting missionaries to come to Buganda. 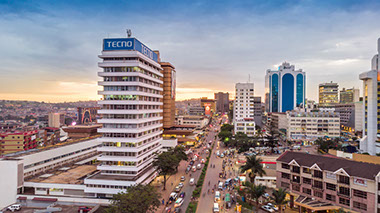 There are three methods of public transport: boda-bodas, matatu, and special hires. 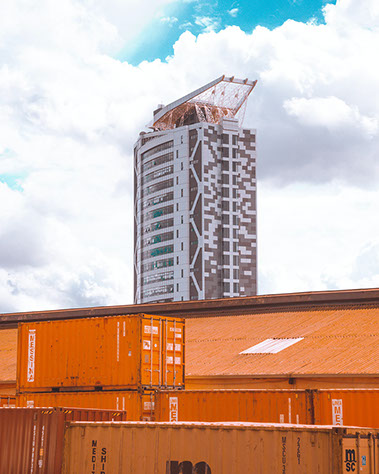 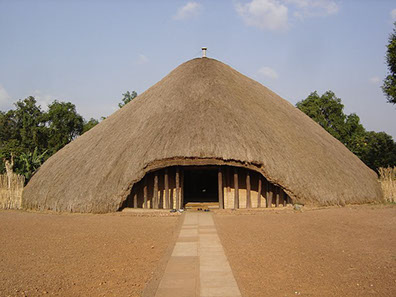 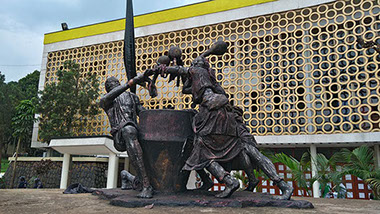 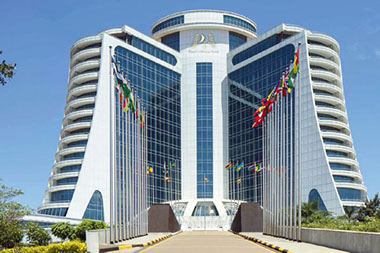