Dar es-Salaam is the largest city and former capital of Tanzania. It is the largest city in East Africa and the seventh-largest in Africa, with a population of 6,701,650. On the Swahili coast, Dar es-Salaam is an important economic centre and one of the fastest growing cities in the world. Dar es Salaam is certainly at the top of the list of places to see for most visitors to Tanzania and East-Africa.

Dar es Salaam (Haven of Peace in Arabic) was founded in 1862 by Sultan Seyyid Majid of Zanzibar on the site of the village of Mzizima. Mzizima's history dates back to when the Barawa people started to settle and cultivate the area around Mbwa Maji, Magogoni, Mjimwema, Gezaulole, and Kibonde Maji Mbagara. Dar es Salaam's origins have been influenced by a myriad of Sultans, the Germans, and the British. The city started as a fishing village in the mid-19th century, is now Tanzania's largest city, and has become one of East Africa’s most important ports and trading centres.

With its great atmosphere, mix of African, Muslim, and South Asian influences, picturesque harbour, beaches, chaotic markets, and historical buildings, it is well worth extending your stay beyond the time between flights. Dar es Salaam is Tanzania's financial and political hub despite having lost its status as the capital to Dodoma in 1973.

Dar es Salaam is located at 6°48' South, 39°17' East (−6.8000, 39.2833), on a natural harbour on the coast of East Africa, with sandy beaches in some areas. Most visitors to Dar arrive via Julius K. Nyerere International Airport, about 10 km west of the city centre. Dar is flat and is bordered on the east by the Indian Ocean.

Dar es Salaam has a very humid climate and relatively stable temperatures, both in terms of night-to-day, and summer-to-winter. The driest and coolest season is June through early October. Short rains occur November through February (especially December), and long rains occur March through May, with monsoon season peaking in April. Temperatures are high November through May, highest in January. Between December and February, in the dry season, temperatures can rise to the mid-30s (°C); due to the high humidity, discomfort can be very high. You should seek shelter from the sun during the midday heat and use copious amounts of sunblock. Best times to visit are: June-Sept, after the rainy season, with milder temperatures and lower relative humidity.

In the 19th century, Mzizima (Swahili for "healthy town") was a coastal fishing village on the periphery of Indian Ocean trade routes. In 1865 or 1866, Sultan Majid bin Said of Zanzibar began building a new city very close to Mzizima and named it Dar es Salaam. The name is commonly translated as "abode/home of peace", based on the Arabic dar ("house"), and the Arabic es salaam ("of peace").[8] Dar es Salaam fell into decline after Majid's death in 1870, but was revived in 1887 when the German East Africa Company established a station there. The town's growth was facilitated by its role as the administrative and commercial centre of German East Africa and industrial expansion resulting from the construction of the Central Railway Line in the early 1900s.

German East Africa was captured by the British during World War I and became Tanganyika with Dar es Salaam remaining the administrative and commercial centre. Under British indirect rule, separate European (e.g., Oyster Bay) and African (e.g., Kariakoo and Ilala) areas developed at a distance from the city centre. The city's population also included a large number of workers from British India, many of whom came to take advantage of the trade and commercial opportunities presented to them. After World War II, Dar es Salaam experienced a period of rapid growth. 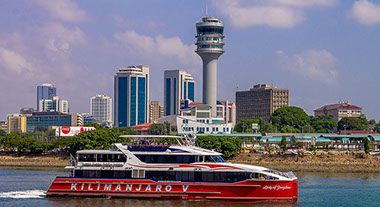 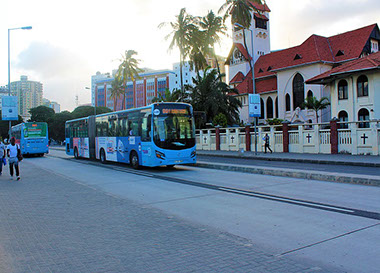 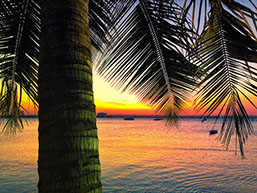 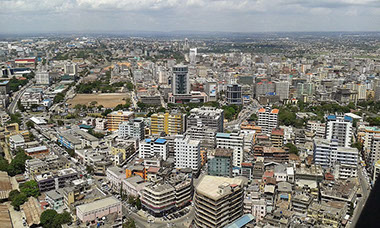