Cape Town is the best place in Africa and the World to visit according to The New York Times and The Daily Telegraph in 2014 Cape Town is the second most populous city in South Africa after Johannesburg and also the legislative capital of South Africa.

Cape Town is the legislative capital city of South Africa. Cape Town is on South Africa's southwestern coast close to the Cape of Good Hope, and is the southernmost city on the African continent. It is the gateway to the globally renowned Cape Winelands which includes the towns of Franschhoek, Stellenbosch and Paarl.

Cape Town is nicknamed the Mother City within South Africa. Compared to the more business oriented Johannesburg it is known for its relaxed and leisurely atmosphere. Some jokingly claim that the reason it is called the Mother City is that it takes at least 9 months to get anything done in Cape Town! Compared to other parts of South Africa Cape Town is also distinctly more "western", and South Africans from other provinces sometimes jokingly say they are traveling to Europe when visiting Cape Town.

Cape Town is located at latitude 33.55° S (approx. the same as Sydney and Buenos Aires and equivalent to Casablanca and Los Angeles in the northern hemisphere) and longitude 18.25° E. Table Mountain, with its near vertical cliffs and flat-topped summit over 1,000 m (3,300 ft) high, and with Devil's Peak and Lion's Head on either side, together form a dramatic mountainous backdrop enclosing the central area of Cape Town, the so-called City Bowl. The metropolis of Cape Town is spread over a wide area, from Somerset West and Durbanville in the east to Atlantis in the north and Cape Point in the south. The city centre is situated in a fairly small area between Table Bay and Table Mountain.

Cape Town has a warm Mediterranean climate (Köppen "Csb"), with mild, moderately wet winters and dry, warm summers. Winter, which lasts from the beginning of June to the end of August, may see large cold fronts entering for limited periods from the Atlantic Ocean with significant precipitation and strong north-westerly winds. Winter months in the city average a maximum of 18 °C (64 °F) and minimum of 8.5 °C (47 °F) Total annual rainfall in the city averages 515 millimetres (20.3 in) although in the southern suburbs, close to the mountains, rainfall is significantly higher and averages closer to 1000 millimetres (40 in). Summer, which lasts from December to March, is warm and dry with an average maximum of 26 °C (79 °F) and minimum of 16 °C (61 °F). The region can get uncomfortably hot when the Berg Wind, meaning "mountain wind", blows from the Karoo interior for a couple of weeks in February or March. Spring and summer generally feature a strong wind from the south-east, known locally as the south-easter or the Cape Doctor, so called because it blows air pollution away. This wind is caused by a high-pressure system which sits in the South Atlantic to the west of Cape Town, known as the South Atlantic High. Cape Town receives 3,100 hours of sunshine per year.

Before the European colonial era what is now the Western Cape was inhabited by Khoikhoi and San groups, whom the Dutch called "Hottentots", "Strandlopers" and "Bushmen" (terms that are now considered racist and offensive). From the late 15th century, European ships (primarily Portuguese) started to visit the area, firstly for fresh food and water, then later for whaling and trading with the locals. Cape Town's colonial history started in 1652, when founder Jan van Riebeeck established a trading post there for the Dutch East Indies Company (VOC), as a stopping point on the Cape Route. Even though South Africa is the part of Africa located furthest from Europe, it was the first, and up until the 19th century only place which was substantially colonized by Europeans. The reason is that the Cape, while being furthest from Europe, also is relatively far from the equator. 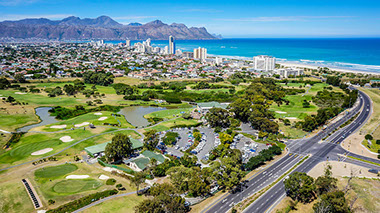 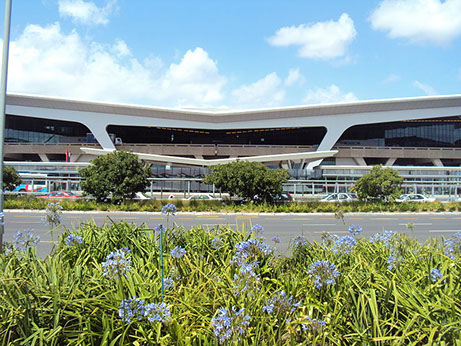 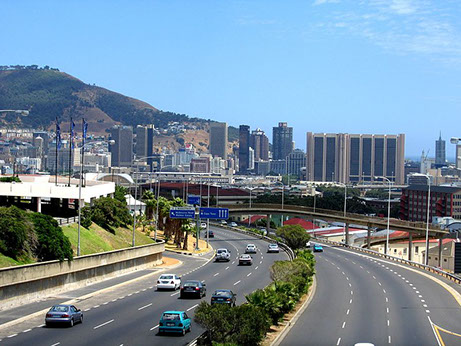 Almost everything is possible in Cape Town, from a nice guided city tour through shark cage-diving. The easiest way to get an overview on things to do, nice restaurants, clubs, tours etc. is to walk into one of the visitors centres which are in several areas (V&A Waterfront, City Bowl, Green Point, etc.)

Accommodation in Cape Town ranges from hostels (of which there are many) to luxury accommodation. Actually, there are so many hotels, B&Bs and guest houses that it can be difficult to decide where to stay! Staying in the city centre often works out cheaper as all the attractions are nearby, but stick to one of the neighbourhoods next to the central area for better prices and a quieter night's sleep. The area around vibey Kloof Street in Gardens/Tamboerskloof with its young cafe culture and hip shopping is a good choice. You could consider sleeping in one of the suburbs. It is normally quieter and there is less traffic than in Central Cape Town. The suburbs in the south, like Muizenberg, Fish Hoek or Simon's Town, or near the winelands (see Cape Winelands) are ones to try.